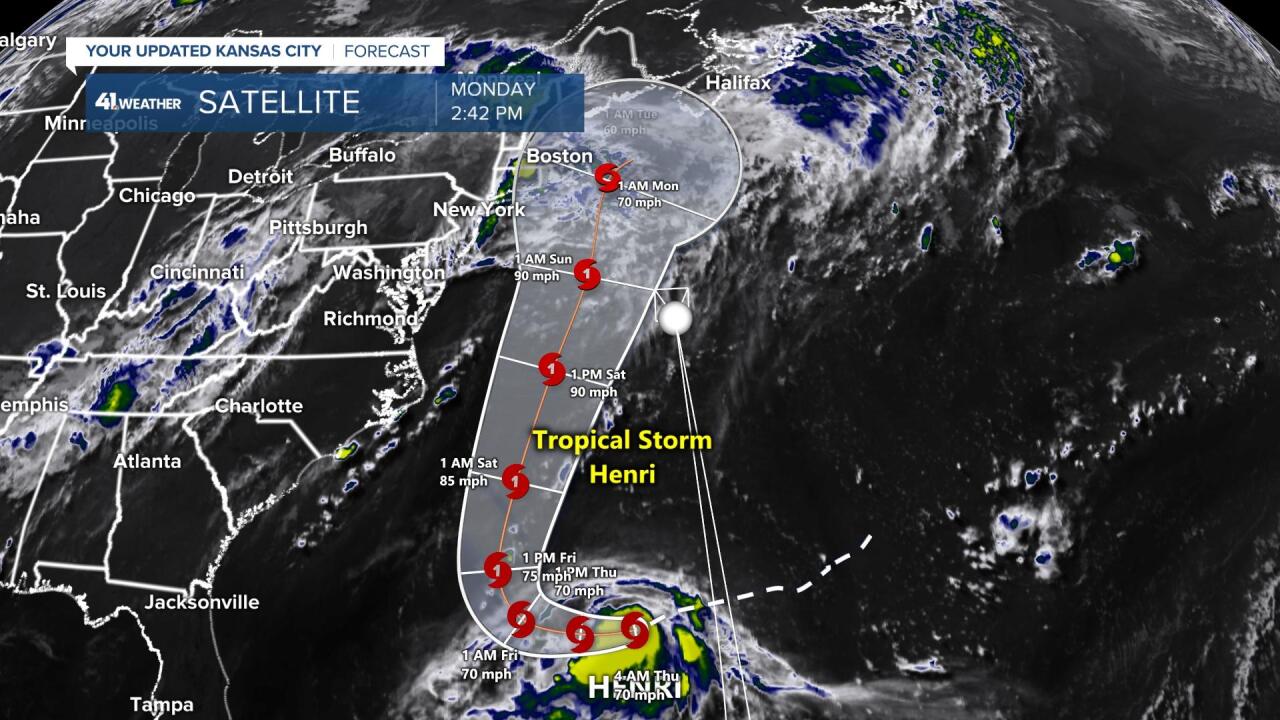 AccuWeather forecasters were growing more concerned Thursday that Henri, which was on the cusp of hurricane status and is expected to intensify in the coming days, will move close enough to stir more than just seas along the East Coast this weekend.

As of 11 p.m. on Thursday, the National Hurricane Center (NHC) said that Henri (pronounced: ahn-REE) was a strong tropical storm with sustained winds of 65 mph — just 10 mph shy of hurricane force. The center of the storm was located 415 miles south-southeast of Cape Hatteras, North Carolina, and 800 miles south of Nantucket, Massachusetts. It was moving west-northwestward at 8 mph.

Through the end of the week, Henri will continue to push away from Bermuda and draw nearer to the Carolina coastline and over the bath-warm waters of the Gulf Stream. In doing so, the system will have the opportunity to gain wind intensity and become a hurricane.