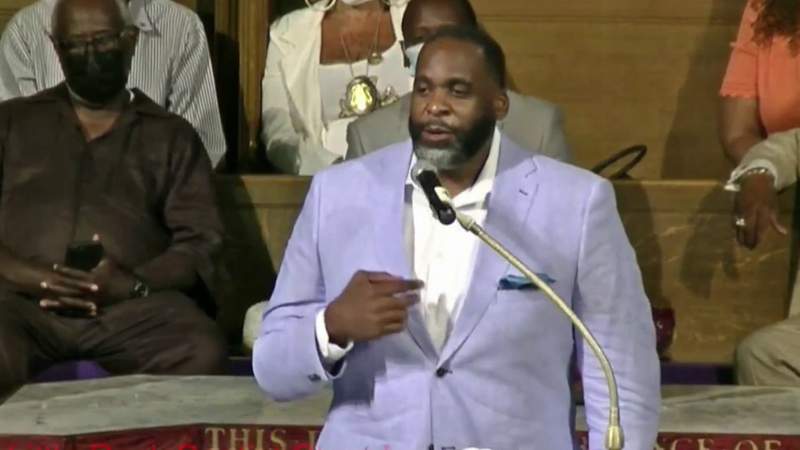 In Kwame Kilpatrick’s first public event since his release from prison, the former mayor of Detroit preached to the crowd Sunday at the Historic Little Rock Baptist Church.

Kilpatrick spoke to the building of Christ’s church, second chances, the beginning of his own ministry and being from the “real Detroit.”

Preaching about turning on the light of truth, Kilpatrick told the crowd, who cheered, laughed and wept, that he became who he is now because the light came on. He encouraged the crowd to stop hiding from the light, “let Jesus expose you,” and find freedom in it.

Former President Donald Trump cut Kilpatrick’s 28-year sentence 20 years short after granting him clemency in his public corruption case in January. The Detroit mayor from 2002 to 2008 was sentenced to federal prison following his 2013 conviction on a slew of public corruption crimes, including racketeering, bribery, fraud and extortion. Since his release, he has spent his time with family in Georgia.

Kilpatrick told the crowd Sunday that moving from worshiping to preaching was not easy and thanked the audience for praying for him.

While speaking about second chances, Kilpatrick said God told him “it’s not time to die,” which was the main subject of his sermon, based on Acts 14:19-22.

He highlighted his experience with COVID-19 during his time in prison. Kilpatrick said he remembers huddling around the television with other prisoners, listening to the news at the beginning of the pandemic.

At first, they did not take social distancing rules seriously, laughing at some of the precautions being put in place, but soon people in his unit became ill — with 18 people put on ventilators and nine people dying in his prison, he said.