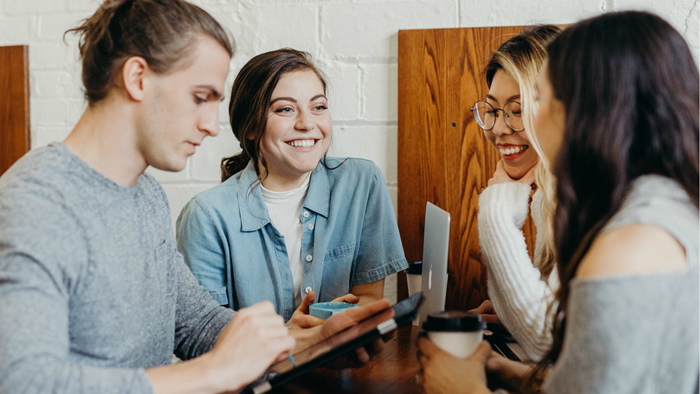 Treyson West doesn’t have a name for it, but if you want to call it evangelism, that’s fine.

He doesn’t think he has a strategy or model for trying to change people’s beliefs, though. He’s just interested in friendship and reliance on the Holy Spirit.

“The big thing is showing somebody what their identity could be through Christ,” says the 19-year-old high school graduate in the suburbs of Dallas. “Everybody is pushing you to be polarized. And ultimately that just pushes you deeper into a sense of not belonging, and Gen Z digs deeper into loneliness.”

That’s why, when West wants to tell a teenager about Jesus, he doesn’t tell them. He listens, and asks questions to get to know them, showing that he cares. And when God becomes real to one of his friends, he likes to point that out.

Recently, West was sitting with a friend in a car in front of the friend’s house, and the friend was talking about his life and struggles and whether he could believe in God. West asked him how he felt right at that moment, talking about God in the car.