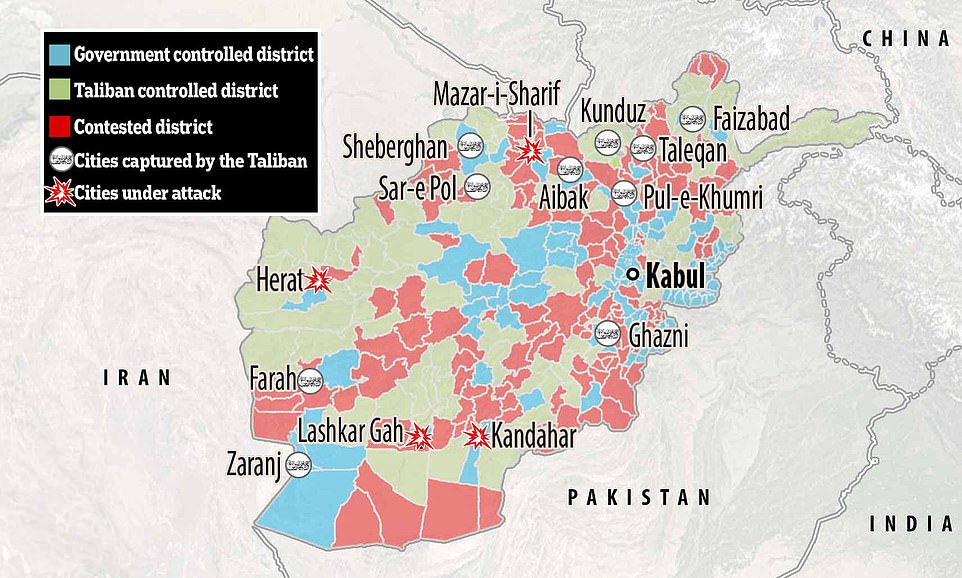 The Taliban is executing Afghan government troops who surrender, the US has claimed, in just the latest warning of atrocities being perpetrated by jihadist fighters in areas they have seized.

It was not immediately clear where the new reports had come from. Video taken in Faryab province last month did appear to show Taliban fighters massacring 22 Afghan commandos after they had surrendered, including the son of a well-known general.

Hundreds of government troops have surrendered to the Taliban since fighting escalated in May with the withdrawal of US troops – some without firing a shot, others after being cut off and surrounded with little or no chance of reinforcement or resupply from the government in Kabul.

The Taliban has now seized around two third of the country from the government in a little over three months, with ten cities falling to the jihadists in the last week alone – while several others are on the verge of being captured.

In an attempt to stop the bloodletting, Afghan diplomats in Qatar said they had approached the Taliban with a deal today that would see the group included in a national unity government in return for halting the fighting.

But such talks have been stalled for years over ‘unreasonable Taliban demands to turn the country into an Islamic emirate – and there is little reason to believe they will have softened that stance after their battlefield triumphs.

In a sign of the rapidly worsening situation, the US today told all of its citizens to leave the country as soon as possible by any commercial means. It comes a week after the UK gave its citizens the same advice, and after India pulled its diplomatic staff out.