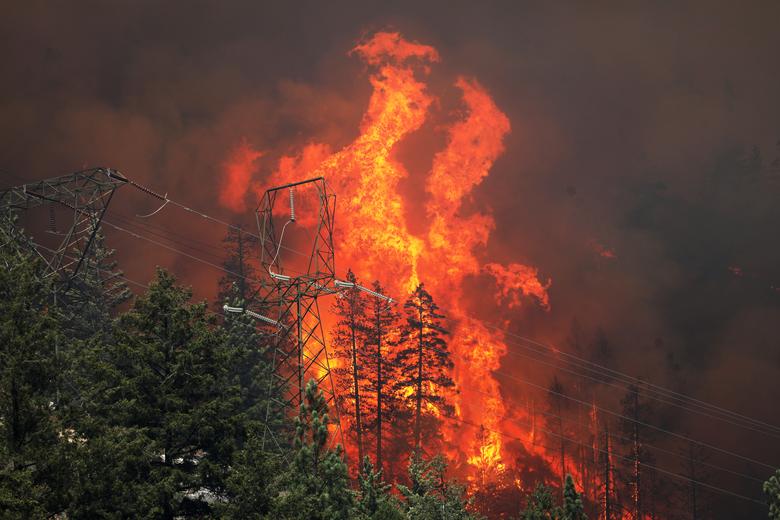 The Dixie Fire in California is now the largest wildfire in the U.S., growing to 432,813 acres overnight. As of Friday morning, the flame was 35% contained and officials said heavy winds have made it difficult to control.

Fire officials said the Dixie Fire grew more than 97,000 acres since Thursday, making it the third-largest fire in California history. The wildfire has destroyed 134 structures and threatens over 13,800.

This week, the blaze decimated the historic town of Greenville, where streets have been reduced to rubble. Homes and businesses — some from the 1800s — were charred beyond recognition.

In Plumas County, more than 100 homes were destroyed and four residents are unaccounted for, officials there said. In the town of Chester, 2,000 residents have been evacuated while fire crews work desperately to try and divert the flames around the town.

“I’ve been fighting fire for 25 years and this is the most extreme fire behavior I’ve ever been a part of,” said Mike Watner of the Chico Fire Department. “We try and direct the fire around the structures as best we can but they don’t last. They’re a temporary fix to buy us some time to get houses prepped and save what we can.”