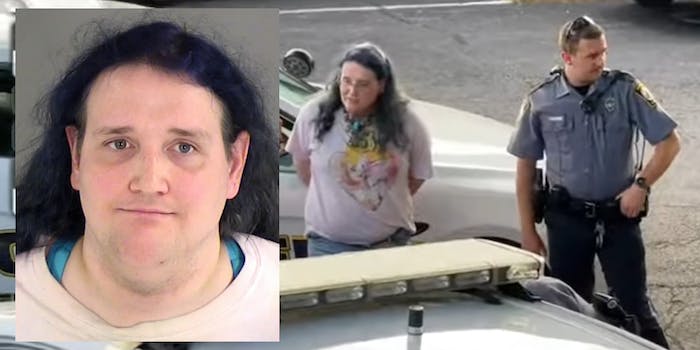 YouTube personality and the creator of a popular web comic series Chris Chan has been arrested on an incest charge involving her elderly mother after allegedly admitting to the crime in a leaked phone call.

Chan, a 39-year-old transgender vlogger and artist who goes by the name Christine Weston Chandler, was booked into the Henrico County Jail in Virginia on Sunday on a felony count of incest, which is punishable by up to 12 years in prison.

She was transferred on Monday to Greene County, where the sheriff’s office issued a statement confirming her arrest.

According to a press release from county law enforcement, a warrant was issued for Chandler’s arrest after investigators ‘received information involving sex crimes against a family member, who resides in the Ruckersville area.’

Chandler has lived with her 79-year-old mother, Barbara, in Ruckersville, Virginia, for many years.

Chandler is currently being held without bond at the Central Virginia Regional Jail. The sheriff’s office said additional charges were pending, reported Newsweek.

Chandler is best known for creating the comic series characters Sonichu, which is a cross between Pikachu and Sonic the Hedgehog, and its love interest, Rosechu. Her YouTube channel has more than 50,000 subscribers.

Chandler’s arrest came just days after a phone call was leaked on an instant messaging platform, on which a person believed to Chandler seemingly admitted to having sex with her elderly mother, who is believed to have dementia.

The authenticity of the audio recording hasn’t been confirmed.

During the eight-minute conversation, Chandler apparently tells a friend that it was her mother, Barbara, who had ‘made the first move,’ leading to two to share a kiss, according to the audio file, which Newsweek reported.