There’s a Devil Loose: Man Who Hid in a 15-year-old Girl’s Closet for More Than a Month and Crept Out to Sexually Abuse Her When Her Parents Left for Work Gets 15 Years in Prison 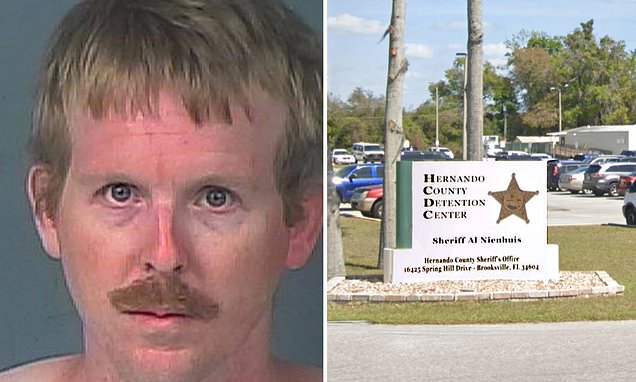 A man managed to live in his underage girlfriend’s closet for weeks, police said, secretly dashing out occasionally to have sex with the 15-year-old girl – all while her parents were living in the house.

Authorities in Florida were amazed he was able to remain undetected for so long, slipping in and out of the girl’s closet whenever her parents would leave the house for work.

Johnathan Lee Rossmoine was sentenced Wednesday to 15 years in prison after pleading guilty to having sex with a minor, who he had met through the online virtual reality app VRChat, which uses avatars in place of actual photographs.

Fox 13 reports that deputies with the Hernando County Sheriff’s Office responded to a bizarre call at a home in Spring Hill in September 2020. The parents of a teenager reported that they had found a man hiding in their child’s bedroom.