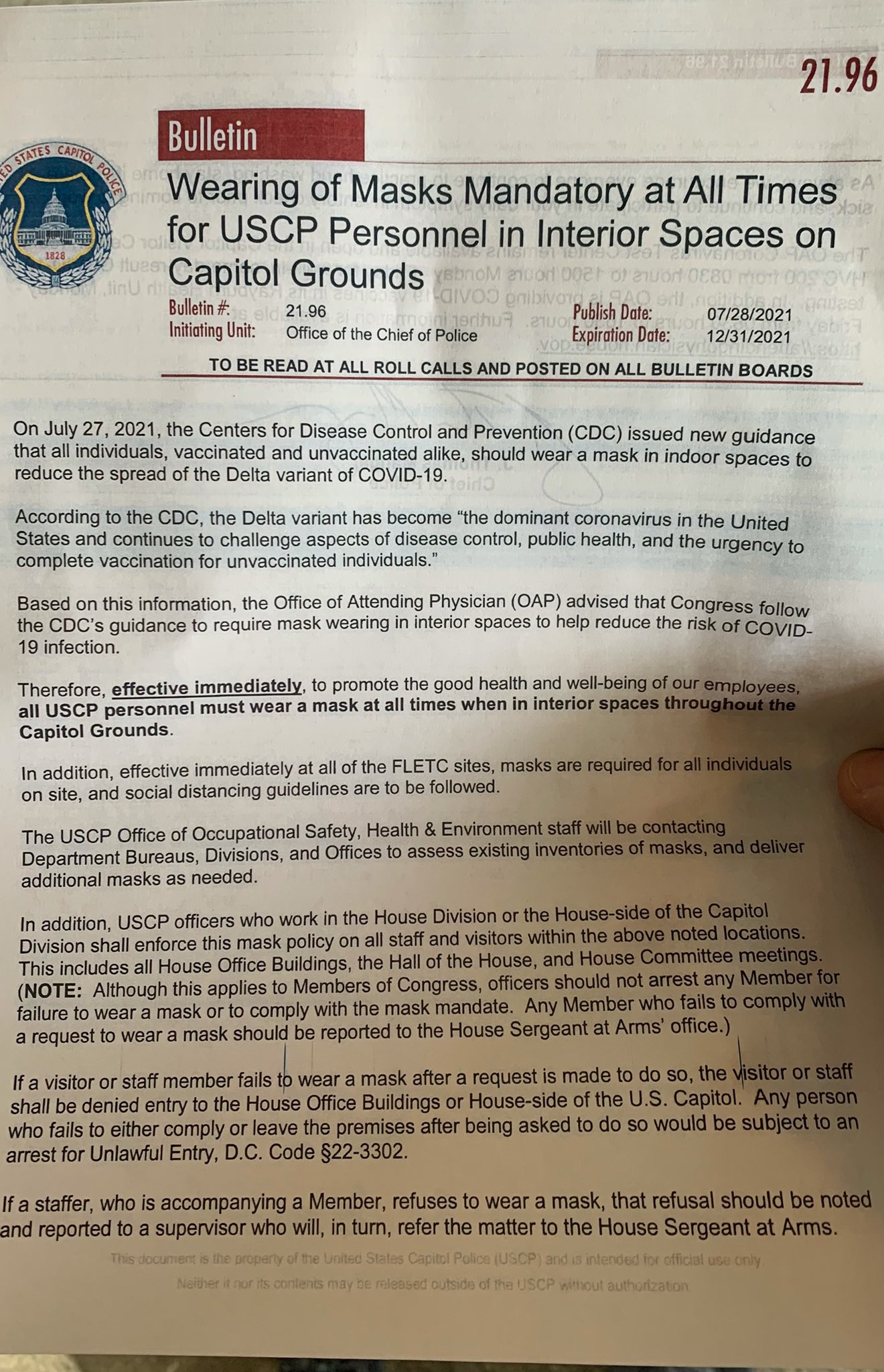 U.S. Capitol Police (USCP) were ordered to arrest visitors and staff who refuse to wear a mask on the House side of the Capitol complex, according to a police memo issued by new USCP Chief Thomas Manger that was obtained by a member of Congress.

Police were also advised not to arrest members of Congress for failing to wear masks but to report the lawmakers’ noncompliance to the House sergeant-at-arms, the memo says. House members have been subjected to fines starting at $500 for skirting mask rules.

Rep. Kat Cammack, R-Fla., got a copy of the memo distributed at Thursday’s morning roll call from an unnamed police officer, she told Fox News. Police she’s spoken to are “very uncomfortable” with this new directive that Cammack describes as “tyrannical.”

“This is such an overstep of Speaker Pelosi’s authority to basically make our Capitol Police arrest staff members and report on members [of Congress],” Cammack told Fox News Thursday. “It’s absolutely unconscionable that this is where we’re at.”