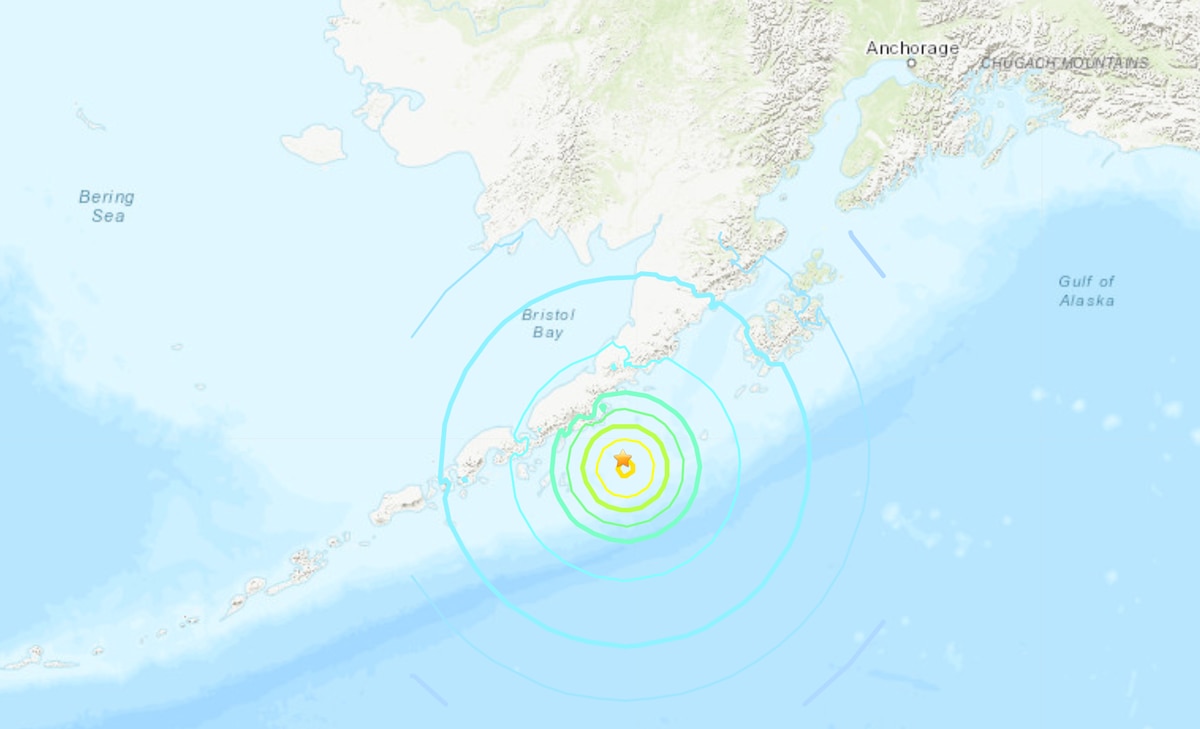 The largest Alaska earthquake since 1965 caused a tsunami warning and local evacuations along the southwest Gulf of Alaska coast late Wednesday. After tsunami waves of less than 1 foot arrived onshore, the warning was canceled and coastal residents returned home.

Jeremy Zidek, a spokesman for the Alaska Division of Homeland Security and Emergency Management, said he expects any damage from the earthquake may be revealed in the morning.

The earthquake, with a preliminary magnitude of 8.2, according to the U.S. Geological Survey, hit at 10:16 p.m. at a depth of 20 miles. It was centered 65 miles offshore of the Alaska Peninsula village of Perryville.