Blast in Germany industrial park kills one, four others missing 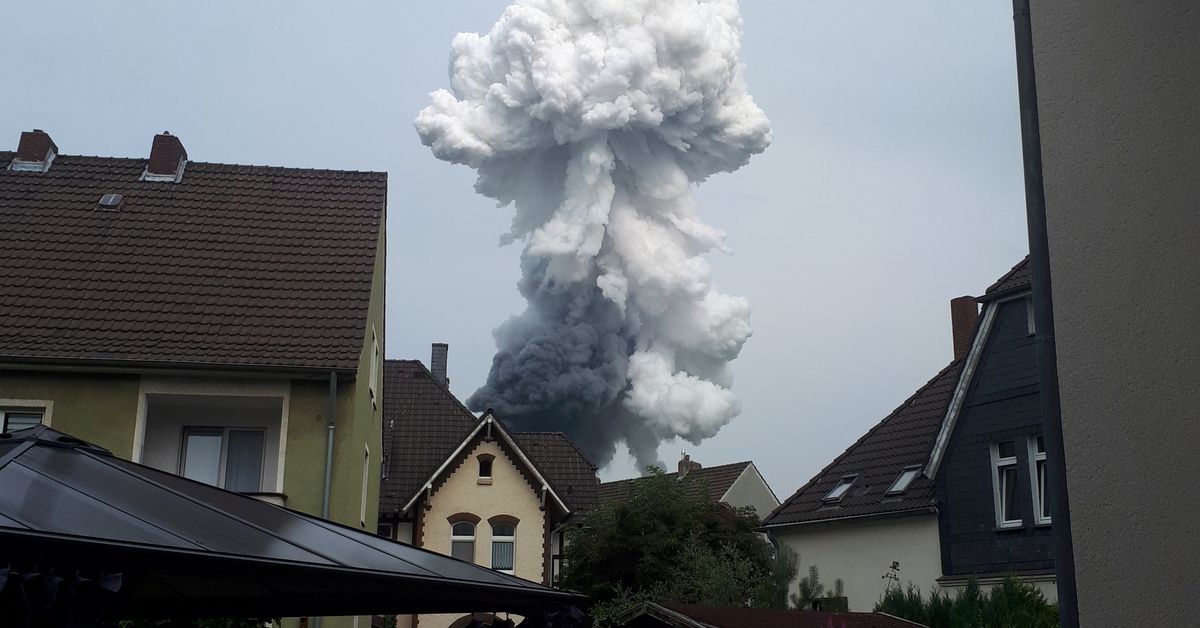 BERLIN, July 27 (Reuters) – An explosion in a German industrial park on Tuesday killed one person and left four others missing, setting off a fierce blaze and sending a pall of smoke over the western city of Leverkusen.

Emergency services took three hours to extinguish the fire at the Chempark site, home to chemicals companies Bayer (BAYGn.DE) and Lanxess (LXSG.DE), that flared up after the blast at 9:40 a.m. (0740 GMT), park operator Currenta said.

“We are deeply shaken by the tragic death of one colleague,” said Chempark chief Lars Friedrich, adding that the search was going on for four others who were still missing.

He said 16 people had been injured, with one facing possible life-threatening injuries.

“This is a tragic moment for the city of Leverkusen,” said Uwe Richrath, mayor of the city, which lies north of Cologne.