Book Review: ‘The Course of God’s Providence: Religion, Health, and the Body in Early America’ by Philippa Koch 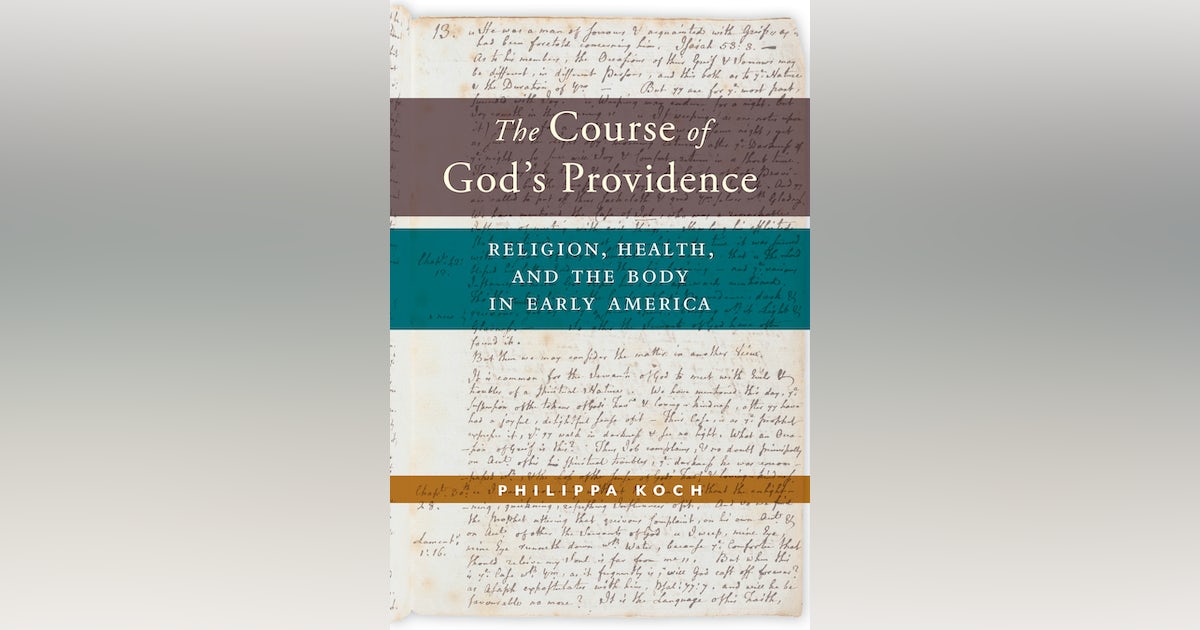 Sarah Pierpont often found herself bedridden by sickness. Living in colonial New Haven in the 1750s, she considered it a duty to make record of her pain and its spiritual lessons by writing. She tried to interpret her sickness through her faith and felt worse when poor health left her unable to write. Pierpont lamented both physical and spiritual weakness, noting that her “earthly Tabernacle is often shaking and now seems to be very Tottering.”

Pierpont found consolation in God’s mercy and wanted to bear witness to it in ways recognizable to those who might pray similarly today. Still, her urgency to write about being sick might startle us. Though the pandemic claimed plenty of recent attention, we don’t usually endorse sickness as a favored topic of conversation. Complaints about one’s aches and pains might cause hearers to wince. Someone too diligent at sharing details of sickness risks sounding like Debbie Downer to contemporary ears.

Not so in the world of 18th-century American Protestants, for whom writing was an important response to the experience of illness. In The Course of God’s Providence: Religion, Health, and the Body in Early America, Philippa Koch brings to life believers from this era who were confident of God’s direction in their earthly affairs.

Koch argues that 18th-century Protestants upheld trust in God’s providence in distinctive ways during sickness. Health and suffering are perennial concerns for Christians, as Koch insightfully observes (and as our current pandemic amply confirms). The author, who teaches religious studies at Missouri State University, trains attention on research currents in the history of the human body and lived religion.