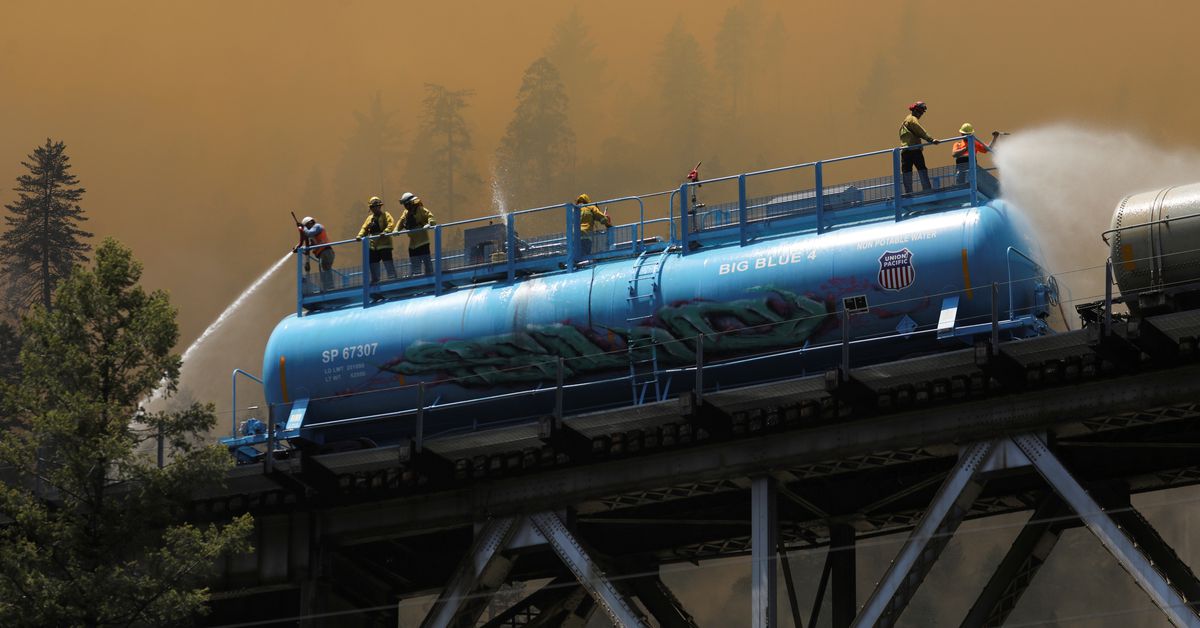 July 25 (Reuters) – Crews and officials battling a large fire that has incinerated more than 190,000 acres in northern California braced for the possibility on Sunday that smoke columns could spawn lightning storms capable of igniting more blazes.

The swarming Dixie fire in Butte County, north of Sacramento, gained ground on Saturday and was only 21% contained as of Sunday morning, according to the California Department of Forestry and Fire Protection.

“There is a high probability for the smoke columns to develop what we call a pyrophoric (cloud),” fire behavior analyst Dennis Burn said in a video message posted on the Facebook page of Lassen National Forest.

Large fires like the Dixie fire and Oregon’s Bootleg fire, a massive blaze that has blackened more than 400,000 acres and was 42% contained as of Sunday, can at times generate their own weather, like lightning storms.