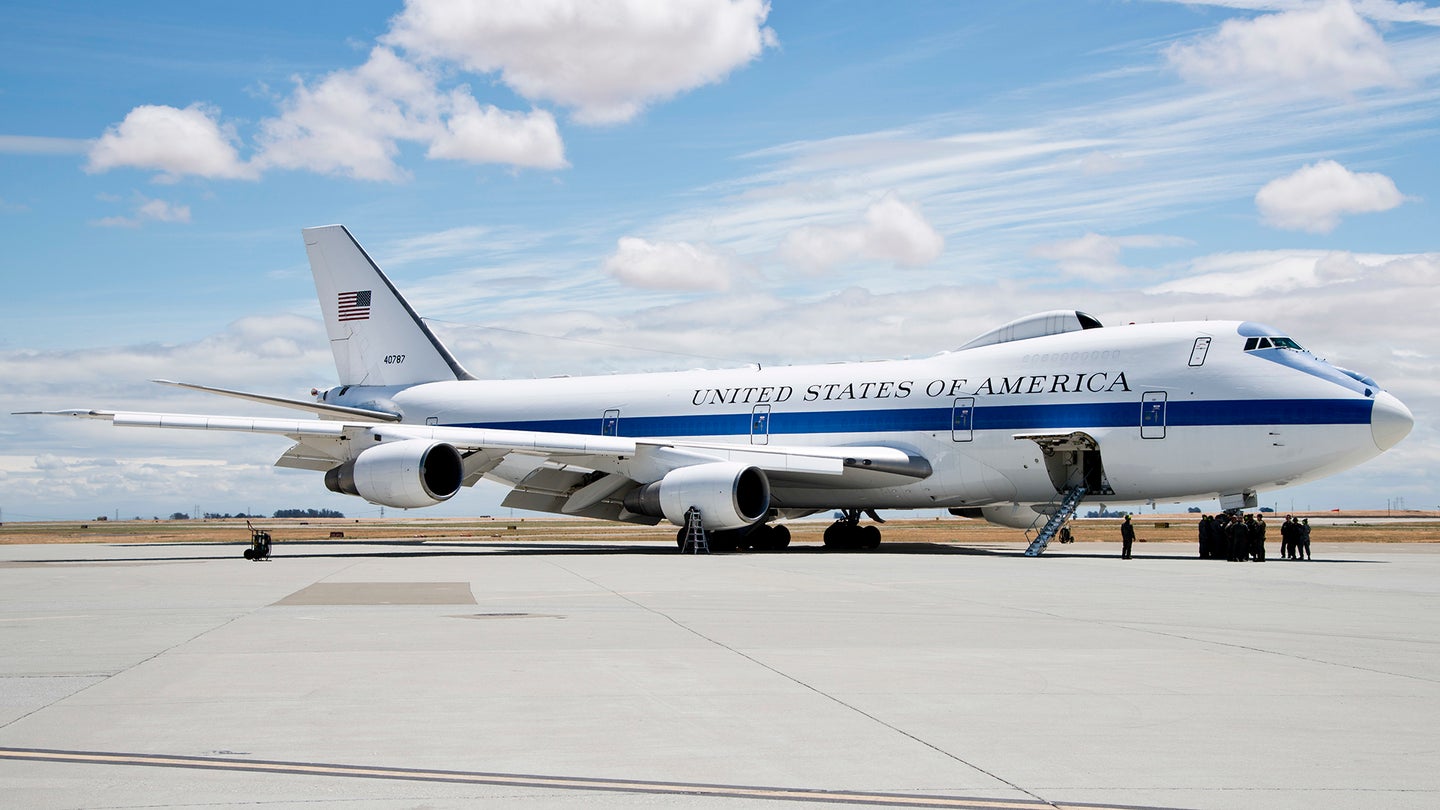 In a highly unusual move, one of the U.S. Air Force’s E-4B Nightwatch aircraft, also known as National Airborne Operations Centers, or NAOCs, touched down today at Tonopah Test Range Airport (TTR), one of the most famous secretive aircraft operating locations in the United States, only surpassed by nearby Area 51. What might have triggered this highly unusual visit is puzzling, to say the least, but it seems it could (me must stress could)have been related to a possible visit to the facility by Secretary of Defense Lloyd J. Austin III.

Confirmation of the E-4B’s arrival into TTR was provided using data available from open-source flight data website ADS-B Exchange, with the jet, serial number 74-0787, using the TITAN25 callsign usually assigned when the Secretary of Defense is onboard.

Widely referred to as “Doomsday Planes,” the Air Force’s four existing E-4Bs are based on Boeing 747 airframes and are most famous for providing a robust and survivable airborne command post that offers a platform for the President of the United States, under a framework known as the National Command Authority (NCA), to initiate a nuclear strike. The planes have other functions, too, including directing large-scale military operations or a response to other major contingencies, such as major natural disasters. Also among their roles, the Nightwatch jets are often employed as a means of transporting the Secretary of Defense to foreign countries. You can read more about the E-4Bs and their missions, which are an essential component of overarching continuity of government plans, in this past War Zone piece.