The Curse on Hillsong: Hillsong Church Member and Graduate Stephen Harmon, Who in an Over-the-top Fashion Mocked the Coronavirus Vaccine With Much Gung-ho Foolish Faith Talk, and Who Tweeted ‘I Got 99 Problems but a Vax Ain’t One’ Dies After Month-long Severe Battle With the Coronavirus Plague and a Final ‘Pray for Me’ Message – Daniel Whyte III Warns…

The curse on Hillsong: Hillsong church member and graduate Stephen Harmon, who in an over-the-top fashion mocked the coronavirus vaccine with much gung-ho foolish faith talk, and who tweeted ‘I got 99 problems but a vax ain’t one’ dies after month-long severe battle with the coronavirus plague and a final ‘pray for me’ message – Daniel Whyte III warns pastors and churches again, that the coronavirus plague is against the church primarily for her gross sin and betrayal of God and Jesus Christ by secretly sanctioning the abomination of homosexuality. Secondly, he wants to warn pastors and churches that this is not the time to hold in-person meetings; rather, you need to continue or go back to online services and shore that up because this coronavirus plague is as Deuteronomy 28:59 points out “Of long continuance” and is getting worse because many people in the church have been continually sinning for a long time including pastors and pastor’s wives and so-called church leaders. Third, he wants church leaders to stop with the gung-ho foolish faith talk regarding the coronavirus plague because as he has said before this coronavirus plague is not going anywhere until God says so and he may never say so at this point, so it would be wise to adapt your life to what God is doing now and stop endangering the lives of God’s people and your own life with gung-ho foolish faith talk because God is aiming at proud, stubborn, arrogant, disobedient Christians right now, not necessarily worldly sinners and homosexuals. He did that with the AIDS crisis. Jesus Christ is saying to the church today, “As many as I love, I rebuke and chasten: be zealous therefore, and repent.” (Revelation 3:19)

A member of the Hillsong megachurch who tweeted ‘got 99 problems but a vax ain’t one’ has died in California after a month-long battle with COVID-19.

Stephen Harmon, 34, died on Wednesday at the Corona Regional Medical Center outside Los Angeles where he was being treated for COVID and pneumonia.

Harmon, who was a Hillsong College graduate, had made several jokes on social media in recent weeks about not having the COVID-19 vaccine, including when he was in the hospital being treated for the virus.

He also documented his illness and treatment publicly on Instagram and Twitter ever since being hospitalized last month.

Hillsong founder Brian Houston confirmed news of his death in a tweet on Thursday.

‘Ben has just passed on to us the devastating news that our beloved friend, Stephen Harmon has passed away from Covid. Heartbreaking,’ Houston said.

Ben is Houston’s son and a pastor in the church.

The church doesn’t appear to have taken a stance one way or the other on the vaccine: One video posting on the church’s YouTube channel shows parishioners talking about the pros and cons of the vaccine. The church in Australia has been vocally against locking down religious activities.

Prior to his death, Harmon had joked about the COVID-19 to his 7,000 social media followers.

He also posted memes about how people trusted Dr Anthony Fauci, the US’s top infectious disease doctor, over the Bible.

‘When you can’t trust the Bible cause it was written by man, but you trust the CDC/Fauci guidelines cause they were written by man. Makes total sense,’ he posted on May 25.

Harmon had previously claimed on social media that he wasn’t an anti-vaxxer but rather ‘pro information’.

It is not clear when Harmon was diagnosed with COVID-19. 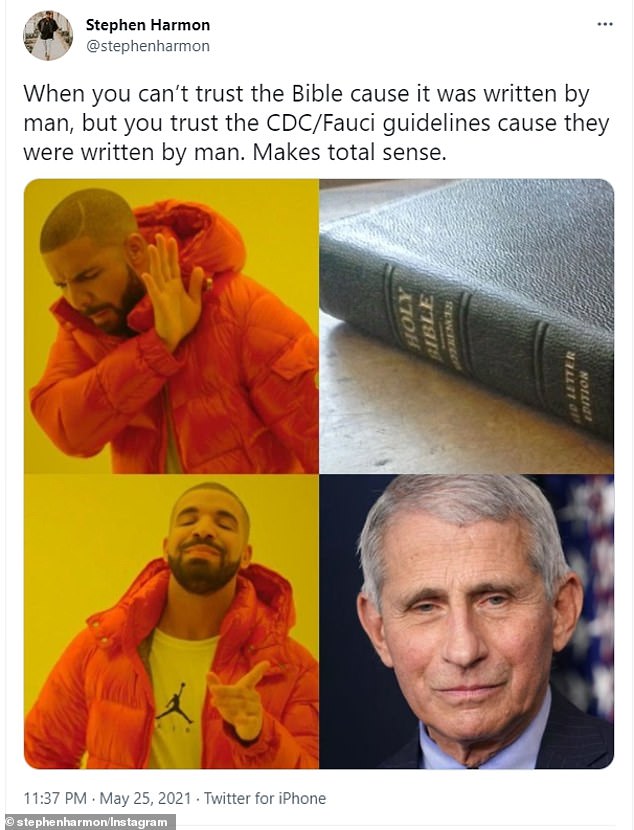 He revealed on June 30 that he had been hospitalized with the virus and pneumonia and posted several photos of himself on a breathing machine.

In the days prior to his death, Harmon had been posting about how he was ‘on max oxygen’, ‘struggling to function’ and questioning whether he should go on a ventilator.

‘Please pray y’all, they really want to intubate me and put me on a ventilator. even the slightest movements and my heart rate skyrockets and oxygen dependency increases. and please, I’m not asking for anyone’s opinion on intubation, I’ll make my own choice, I’m asking for prayer,’ he said.

He followed up with: ‘If you don’t have faith that God can heal me over your stupid ventilator then keep the Hell out of my ICU room, there’s no room in here for fear or lack of faith!’ #ThingsIAmAboutToScream.’

His tragic final tweet, which was posted on Wednesday, revealed that he had decided to be intubated.

‘I’m choosing to going under intubation, I’ve fought this thing as hard as I can but unfortunately it’s reached a point of critical choice & as much as I hate having to do this I’d rather it be willingness than forced emergency procedure. Don’t know when I’ll wake up, please pray.’ 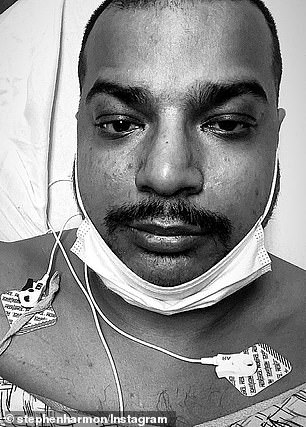 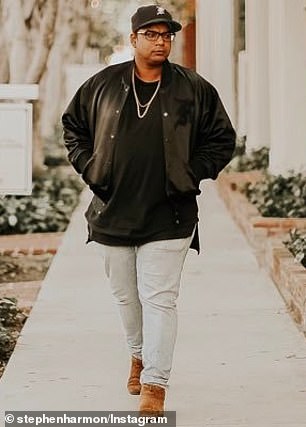