There’s a devil loose: Louisiana father, 34, is shot dead by teenage boy, 17, who climbed through his 14-year-old daughter’s bedroom window 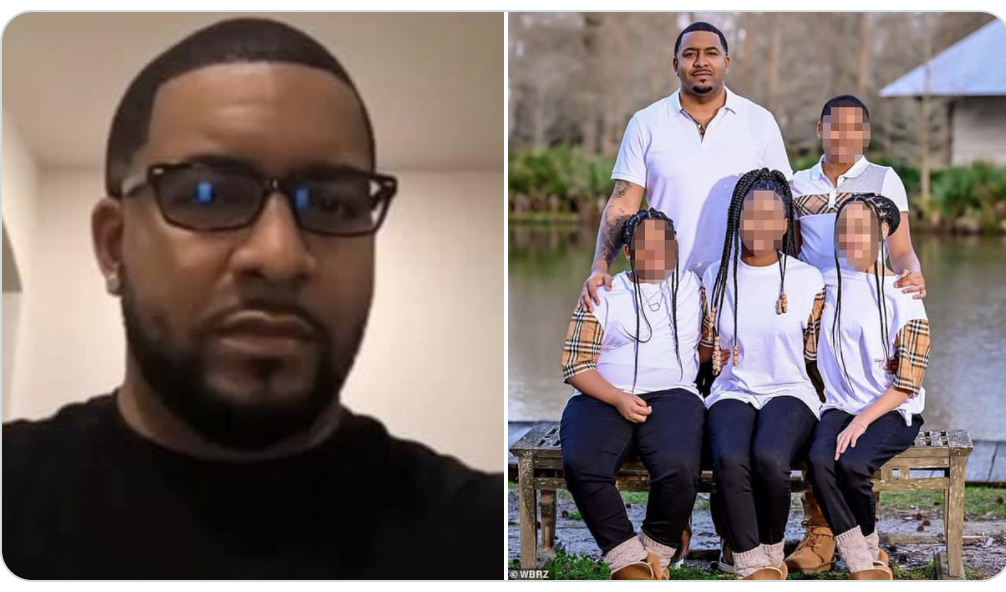 A Louisiana father was shot dead in a gun battle with a 17-year-old boy after he confronted the teen sneaking into his 14-year-old daughter’s bedroom window.

Dezmon Hamilton, 34, died of multiple gunshot wounds in his home in Zachary, north of Baton Rouge, on Sunday morning.

The teen, identified by police as Nicholas Mcquirter, also was shot but is recovering in the hospital.

Police believe the teen used a ladder to climb up and enter Hamilton’s home through a second-story window.

Father-of-four Dezmon Hamilton, 34, died of multiple gunshot wounds during the incident in his home in Zachary, north of Baton Rouge, on Sunday morning

The girl’s mother and grandmother initially took the teen downstairs to speak to him, but an argument broke out between Mcquirter and Hamilton, the Advocate reports.

The pair started shooting at each other. Police said it was not yet clear who fired the first shot.

Hamilton, who is a father of four, was declared dead at the scene.

At first, police believed Mcquirter had broken into the home, but later determined he was there to see Hamilton’s 14-year-old daughter.