And You Thought the Coronavirus Plague is Bad: 200 People Across 27 States Are Being Monitored for Monkeypox After Coming Into Contact With Texan Who Caught It in Nigeria 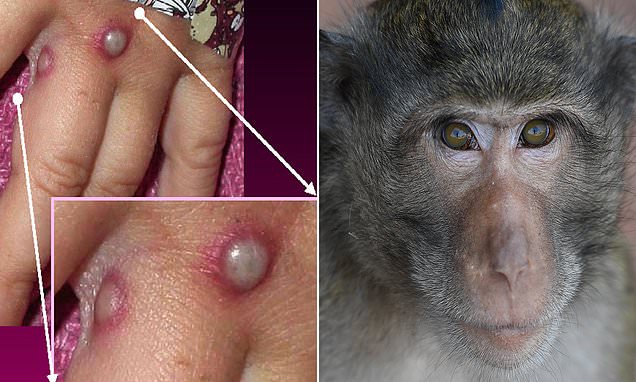 Officials are checking 200 people in 27 states for exposure to monkeypox after coming into contact with a Dallas man who contracted the disease during a trip to Nigeria.

The man, who has not been named, was returning from Lagos, and had stopped in Atlanta, Georgia, on July 8 and 9 on his way to Texas – nearly a week before being diagnosed with the rare disease.

Monkeypox causes a blistering skin rash and feverish flu-like symptoms. It can be transmitted through respiratory droplets and body fluids.

After being diagnosed, the man was placed into isolation at a hospital where authorities say he is in a stable condition.

CDC officials said they are working with state and local health officials to monitor those who came into contact with the patient and follow up on them daily until the end of the month.