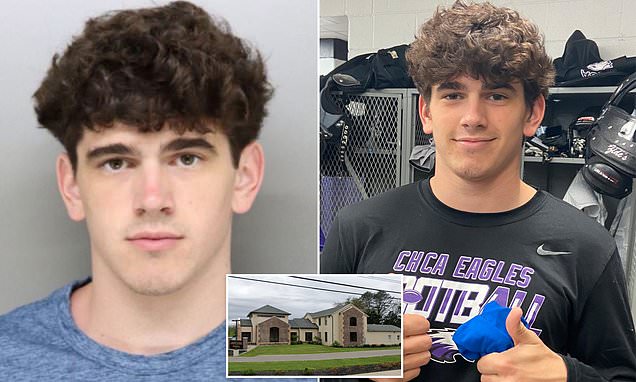 Star Ohio high school football player Crosley MacEachen, 18, was charged with undressing and raping a girl as she slept weeks before Christmas last year. MacEachen had played cornerback and wide receiver for the $16,100-a-year Cincinnati Hills Christian Academy (inset) and was due to play football for the University of St. Francis in Fort Wayne, Indiana in the fall. Prosecutors say the unnamed victim awoke to find MacEachen on top of her, and alleged that she had a previous non-consensual encounter with him the prior month, when he grabbed her butt.