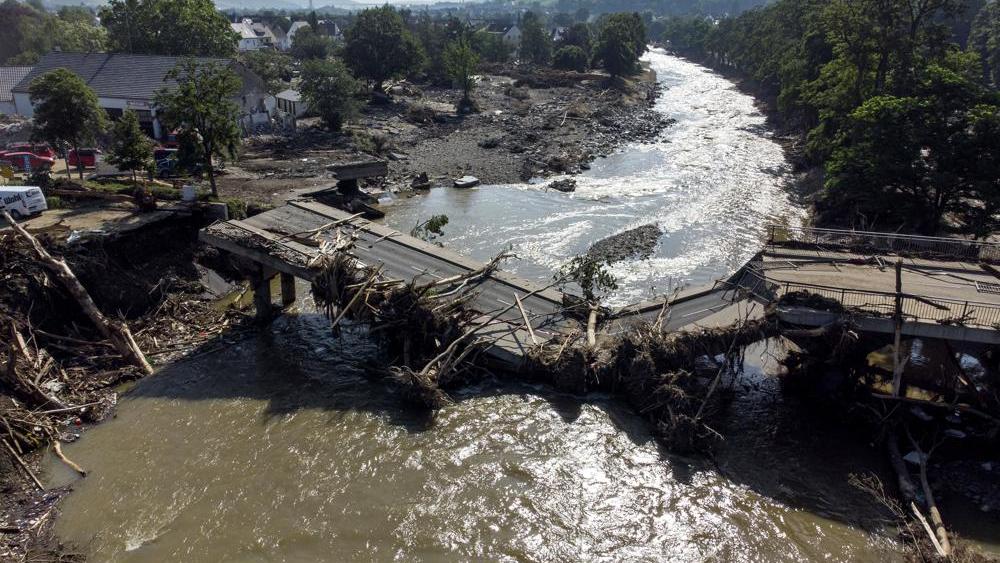 BERLIN (AP) — The death toll from flooding in Western Europe climbed above 180 on Sunday after rescue workers dug deeper into debris left by receding waters. Heavy rain fueled new floods in southeastern Germany and Austria, though not on the scale of last week’s devastating onslaught.

Police put the toll from the hard-hit Ahrweiler area of western Germany’s Rhineland-Palatinate state at more than 110 and said they feared the number may still rise. In neighboring North Rhine-Westphalia state, Germany’s most populous, 46 people were confirmed dead, including four firefighters. And Belgium has confirmed 27 casualties.

Chancellor Angela Merkel arrived Sunday in Schuld, a village located on a curve of the Ahr river that was devastated by the flooding, to see the damage for herself. Her visit comes after Germany’s president went to the area on Saturday and made clear that it will need long-term support.