Woman Watched Sharks Eat Friends ‘One by One’ After Boat Crash 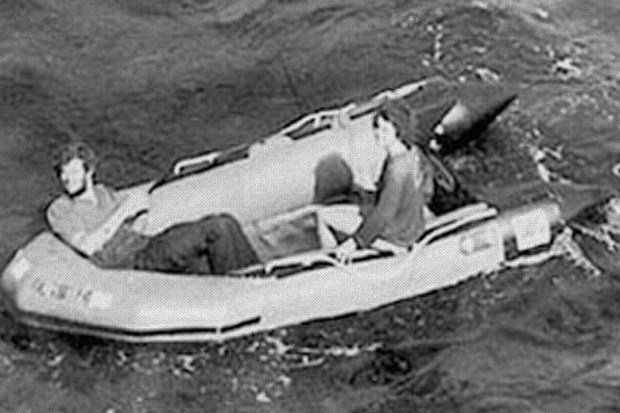 DEBORAH Scaling-Kiley watched in terror as killer sharks pulled her crewmate Mark Adams beneath the surface and the sea turned red with blood.

The 24-year-old had been on a routine sailing trip from Maine to Florida when her boat was engulfed in a tropical storm and capsized in the middle of the Atlantic Ocean.

The group of five had set out in perfect sailing conditions just four days earlier. But two days into the journey, the yacht capsized throwing Deborah and her pals into the ocean.

One of her crew mates, Meg, slashed her leg in the struggle – turning the group into a magnet for great white sharks – who came from all around when they detected blood in the water.

Luckily, they managed to clamber into a life raft – but within hours hundreds of killer sharks began circling and even ramming the boat in an attempt to dislodge the terrified crew members.

Over the next five days, three of the crew were eaten by sharks as Deborah and fellow survivor Brad watched on in horror.

To mark Discovery’s Shark Week 2021, we retell the epic battle for survival.