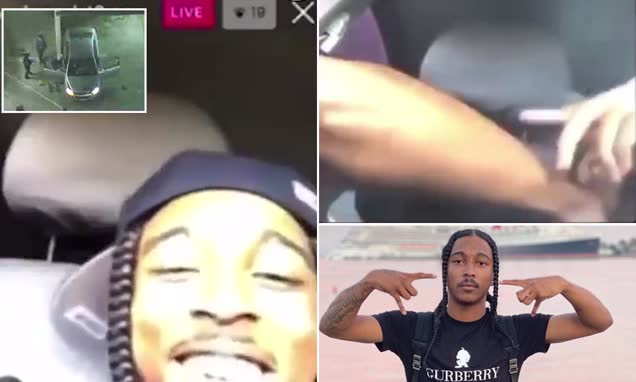 A Los Angeles rapper was shot dead in his car in a brazen daylight attack last week while he was live-streaming on Instagram in what police believe was a gang-related killing.

Zerail Rivera, who went by the name Indian Red Boy, was murdered in Hawthorne on July 8 at about 4.10pm while speaking to a friend on Instagram from inside his car.

The disturbing video, which is being shared widely online, shows the 21-year-old smiling and laughing with his friend as the gunman approached his window.

Rivera could be seen glancing out the window just as the gunshots started to ring out.