Simon Cowell Says His £15M Mansion ‘nearly Floated Away’ – as Experts Blame Super-Basements, Ancient Drains and Three Inches of Rain in 90 Minutes for ‘Biblical’ Flooding in Kensington and Chiswick 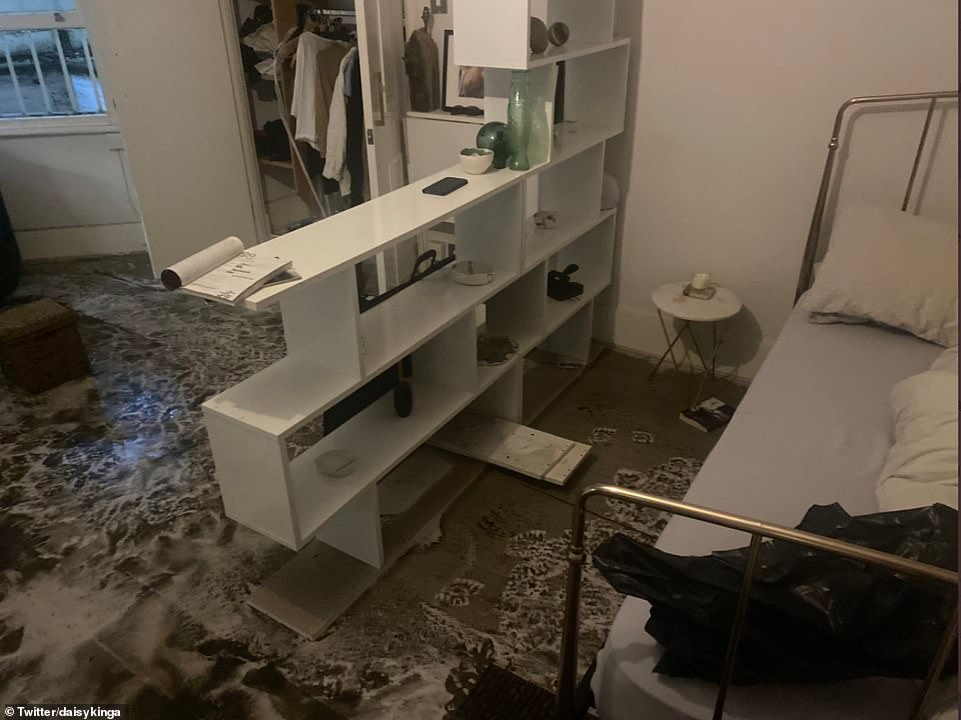 X Factor boss Simon Cowell’s £15million mansion was hit by ‘biblical’ flash flooding that caused millions of pounds of damage to properties and was today blamed on sprawling super-basements.

The 61-year-old TV and music star was spotted near his West London home as families and businesses dealt with the waters which had cascaded into homes, ruining treasured possessions and mementos and causing expensive damage.

Wearing his trademark plain black T-shirt and white shorts Mr Cowell seemed in reasonably good spirits despite hinting his home may have suffered from the floods.

Asked whether he had escaped the flooding, he admitted ‘not really, my house nearly floated away’.

Sprawling super-basements dug beneath London’s homes have today blamed for the flooding.

The enormous underground caverns – popular with the wealthy wanting to expand their space – were criticised by experts and victims of the massive leaks as they counted the cost of the weather today.

Kensington and Chiswick were been particularly hard hit as three inches of rain made it the third wettest day for West London on record.

Last night flood waters also poured through the streets of Portobello Road in Notting Hill after nearly three inches of rain hit the capital in just 90 minutes and in Raynes Park, south London, cars were left abandoned in around 2ft of water after torrential downpours caused travel chaos and left homes and businesses flooded.

Meanwhile in Turnpike Lane, north London, people were spotted wading through the water in the streets as the heavy rain pelted down and flooded the roads.