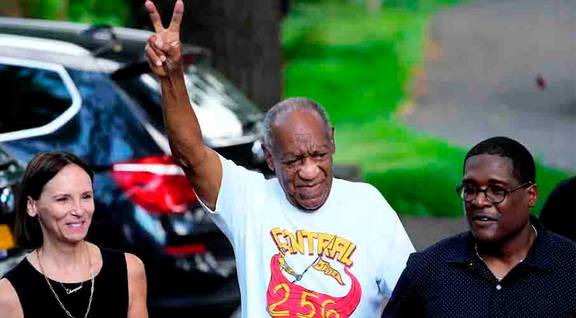 Bill Cosby wants to cash in after his shocking release from prison last week by creating a docuseries about himself and eventually embarking on stand-up comedy tour. His rep, Andrew Wyatt, told TMZ that Cosby, who’s been accused by dozens of women of sexual assault, has been in contact with several club promoters who are open to having him perform. “The world wants to see Mr. Cosby,” Wyatt said, despite widespread outrage over his sudden release after spending nearly three years behind bars for drugging and sexually assaulting a woman. Cosby is reportedly working on a five-part docuseries covering his life, trial, and prison experience and will be doing interviews for the project. He is also penning a memoir with novelist Frederick Williams, detailing his criminal case.