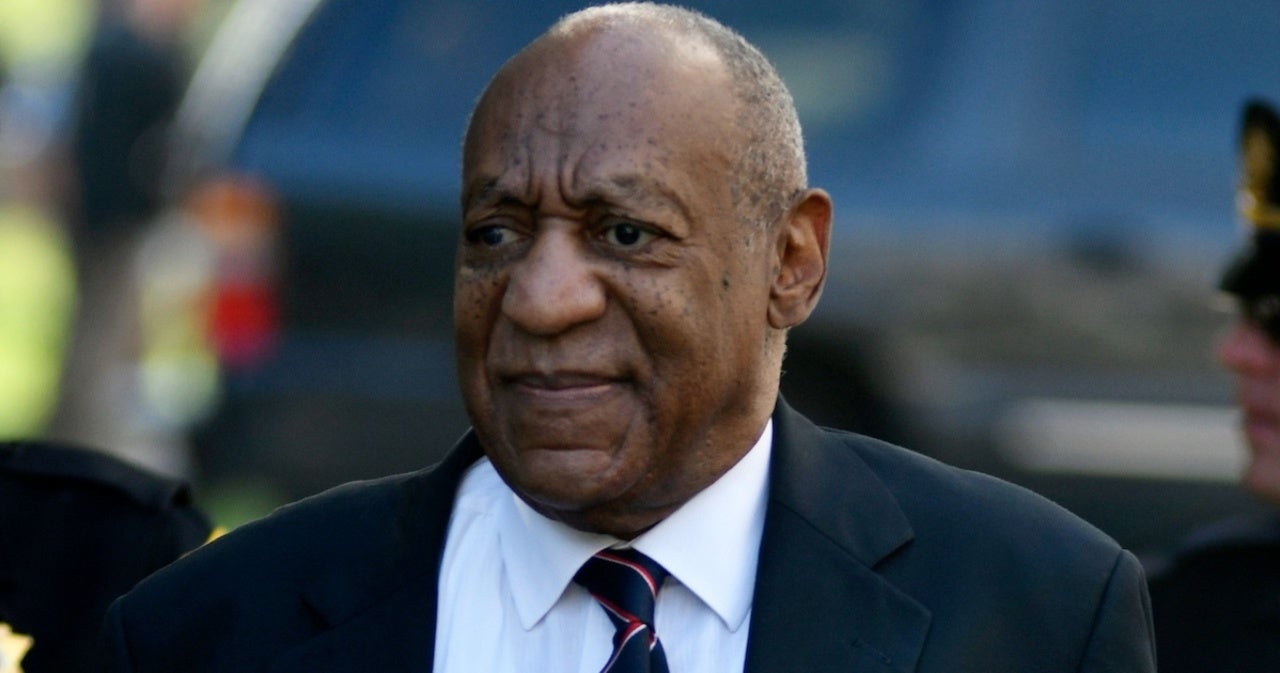 On Wednesday, it was reported that the Pennsylvania Supreme Court overturned Bill Cosby’s sexual assault conviction. Following that news, Cosby has been released from prison and has returned back to his home in Elkins Park, Pennsylvania. The actor had served over two years of a three to 10-year prison sentence.

Philadelphia News anchor Tracy Davidson shared footage of Cosby arriving at his home in Elkins Park on Wednesday afternoon. In the video, Cosby exits his vehicle and is helped by a number of individuals in order to make his way inside his home. At one point, it appears as though the actor flashes a peace sign. His release comes shortly after the Pennsylvania Supreme Court vacated his conviction.

Cosby was originally convicted in 2015 of drugging and molesting an employee of his alma mater, Temple University, at his home in Pennsylvania. He denied the allegations. The comedian was arrested days before the 12-year statute of limitations on the case for which he was initially convicted. However, the Supreme Court in the state of Pennsylvania has subsequently found that Cosby reportedly had an agreement with a previous prosecutor which would have prevented him from being convicted on these charges. Additionally, they determined that some of the testimony was irrelevant and could have “tainted” the trial.