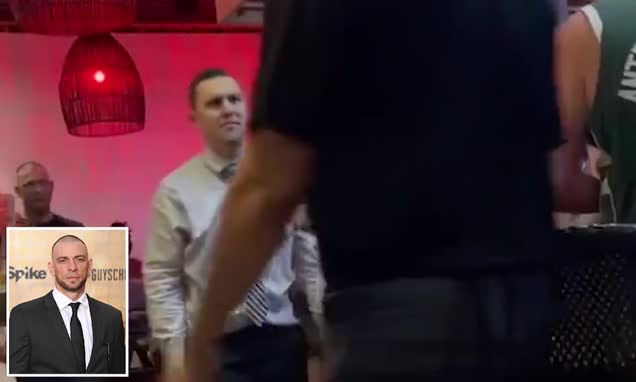 MMA fighter Joe Schilling shared a video of himself knocking a drinker out at a bar – and later blamed the man for using a racial slur and threatening his life. The shocking video, initially shared by Schilling on Instagram, showed the other man – named as Justin Balboa, 31 – wearing a dress shirt and tie at a bar in Fort Lauderdale, Florida, before Schilling bumps into him and pushes past. Balboa, a busboy at a local Outback steakhouse, then shouts something to get Schilling’s attention during the encounter, which is believed to have taken place Sunday. When the mixed martial artist turns around, Balboa appears to flex at him and says something that cannot be heard on camera.