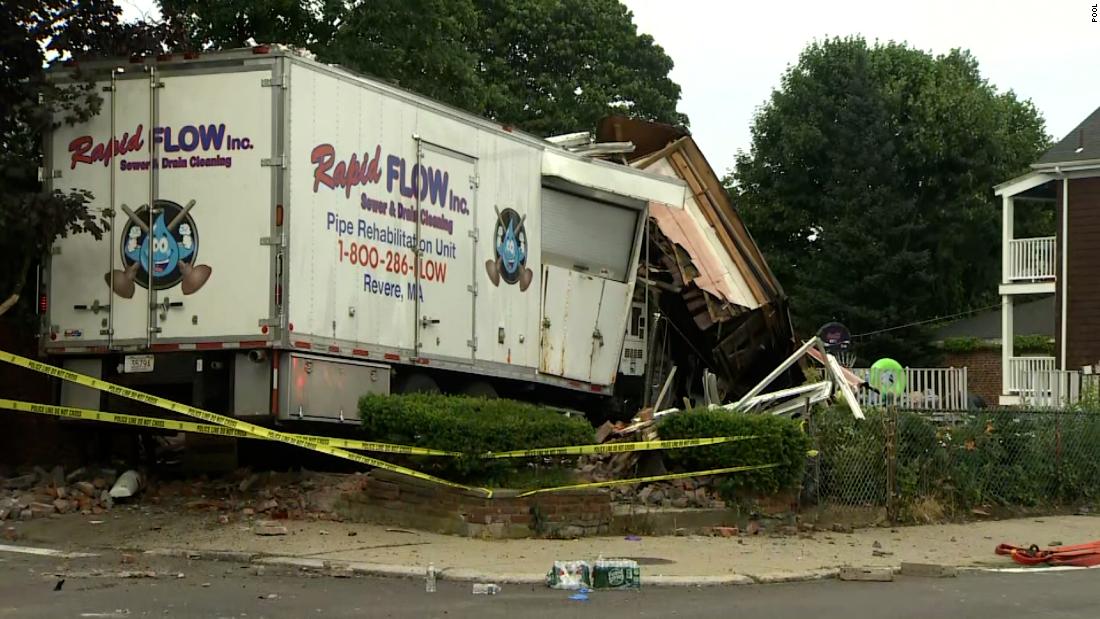 A bizarre shooting incident outside of Boston has left three people dead, including a suspect, after a stolen delivery truck plowed into the side of a house in Winthrop and its driver allegedly hopped out and gunned down two people before being fatally shot by police, authorities said.

According to Massachusetts State Police, a male suspect, whose name has not been released, had stolen a plumbing and draining company’s truck before plowing it into the side of a building on the corner of Shirley and Cross Streets in Winthrop, located six miles northeast of Boston’s city center.

Winthrop police Chief Terence Delehanty said his department received a call about a motor vehicle crash at the intersection around 2:43 p.m. Saturday. Officers found the first victim, a female, on Shirley Street about a half block up from the accident scene. She was transported to Massachusetts General Hospital in Boston, where she was later pronounced dead, WCVB reported.

A second victim, a male, who Delehanty said “engaged with the suspect in an alleyway between two houses,” was pronounced dead at the scene. Officers engaged the suspect – “armed with approximately two weapons” – and “ended the threat” at the intersection of Shirley Street and Veterans Road, he said. The officer who shot the suspect has been placed on administrative leave as part of standard protocol.