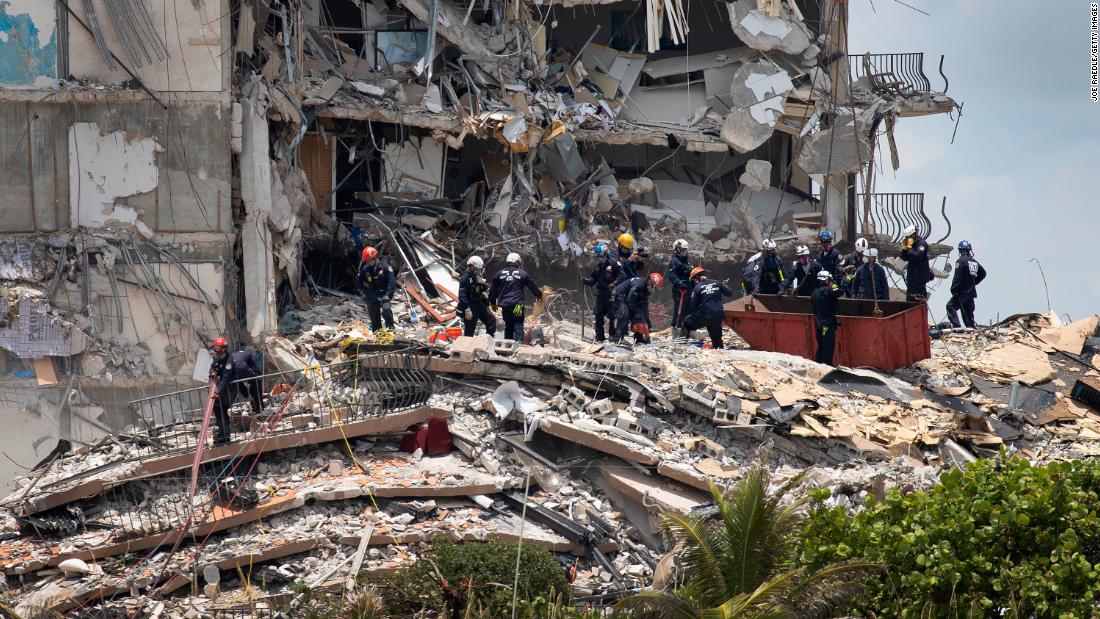 Rescue crews have been sifting through a mountain of rubble since Thursday morning, hoping to find those missing after the collapse in Surfside, Florida.

They’ve been stymied by a fire and the constant threat of further collapse where 55 of the 136 units of Champlain Towers South crashed to the ground.

Israel and Mexico are both helping with the search efforts, officials said.

“It’s a strategic process. We can’t have one squad working right on top of another. So we have to space out. We have to have different components. So at one time, I think we have over 200 people working on that debris site.”