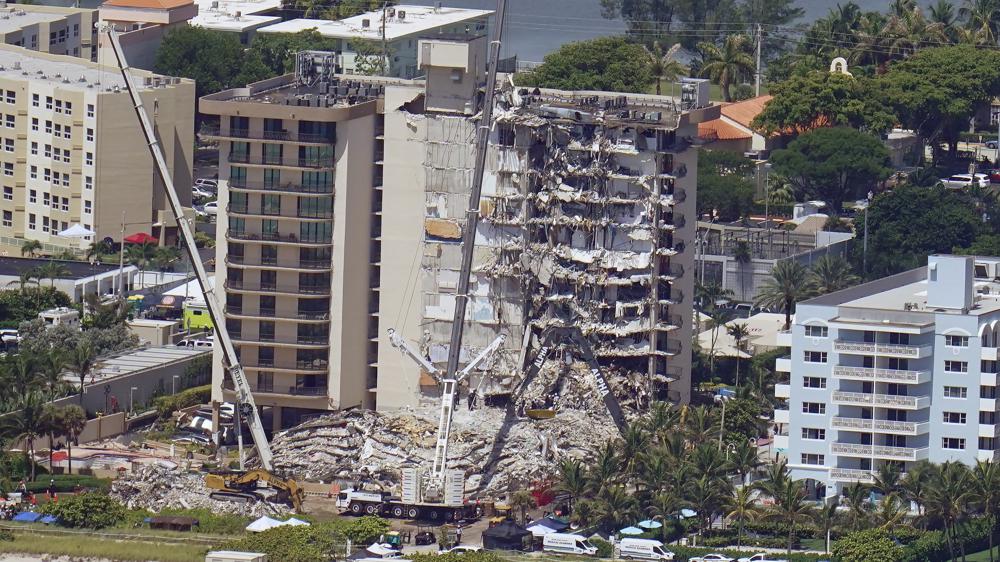 Rescuers have recovered another four bodies in the wreckage of the Champlain Towers South condominium collapse, bringing the total to nine dead and 156 still missing since the Surfside building collapsed early Thursday.

The latest victims were discovered along with “additional human remains” in a 125-foot long trench dug into the rubble to aid rescue and recover teams — the newest tactic in the round-the-clock excavation of an unstable, sometimes shifting mountain of concrete and twisted steel.

“We are making every effort to identify those others that have been recovered,” Miami-Dade Mayor Daniella Levine Cava said in a Sunday morning press conference.