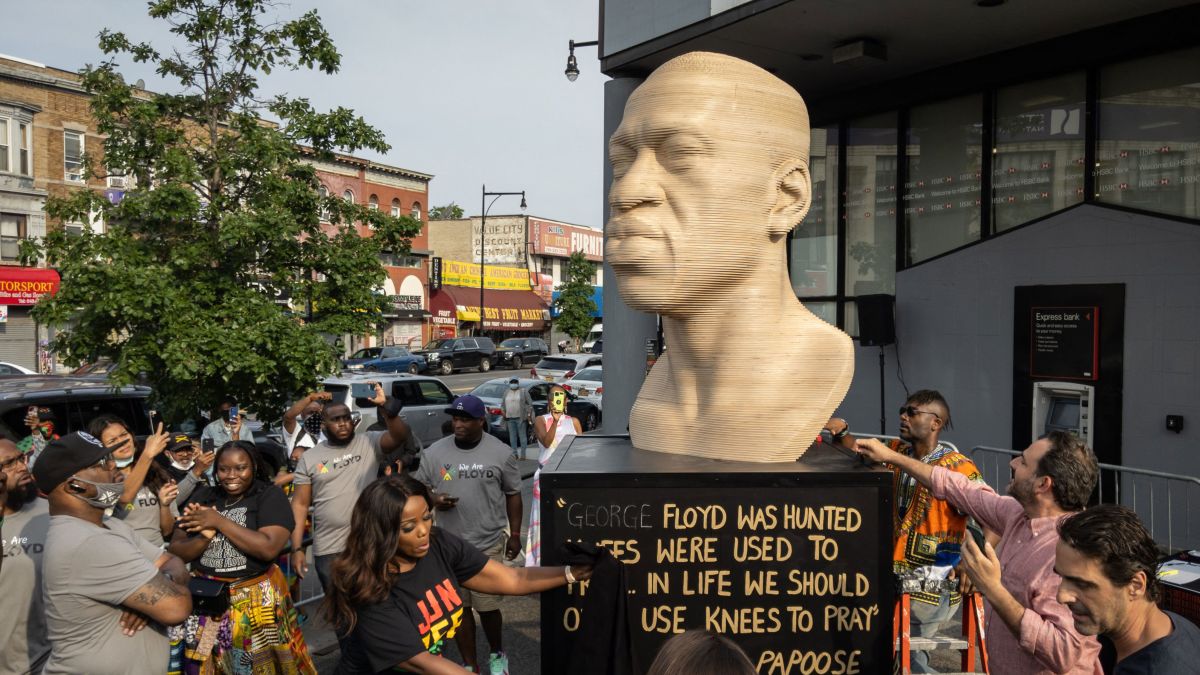 Two statues of George Floyd recently unveiled to mark Juneteenth were vandalized this week, and the New York Police Department is investigating one incident as a hate crime.

Four people defaced a 6-foot wooden sculpture of Floyd’s head in Brooklyn just before 4 a.m. Thursday, according to police. The suspects covered the monument with black spray paint and stenciled words referencing a group the Southern Poverty Law Center defines as a “white nationalist hate group.”

Police released surveillance video of the suspects approaching and leaving the area with cans of spray paint and called for the public’s help in identifying them.

George Floyd’s brother, Terrence, local elected officials and others unveiled the statue by artist Chris Carnabuci as part of a Juneteenth rally. The statue was expected to be on display at Brooklyn’s Flatbush Junction for several weeks before moving to Union Square in Manhattan, according to the office of New York Council Member Farah Louis.

“Let us be clear: this is a shameful act, a hate crime and totally disrespectful to the memory of Mr. Floyd and to the Black community as well our efforts to achieve racial justice and equality. And we will not be deterred,” Louis said in the statement.