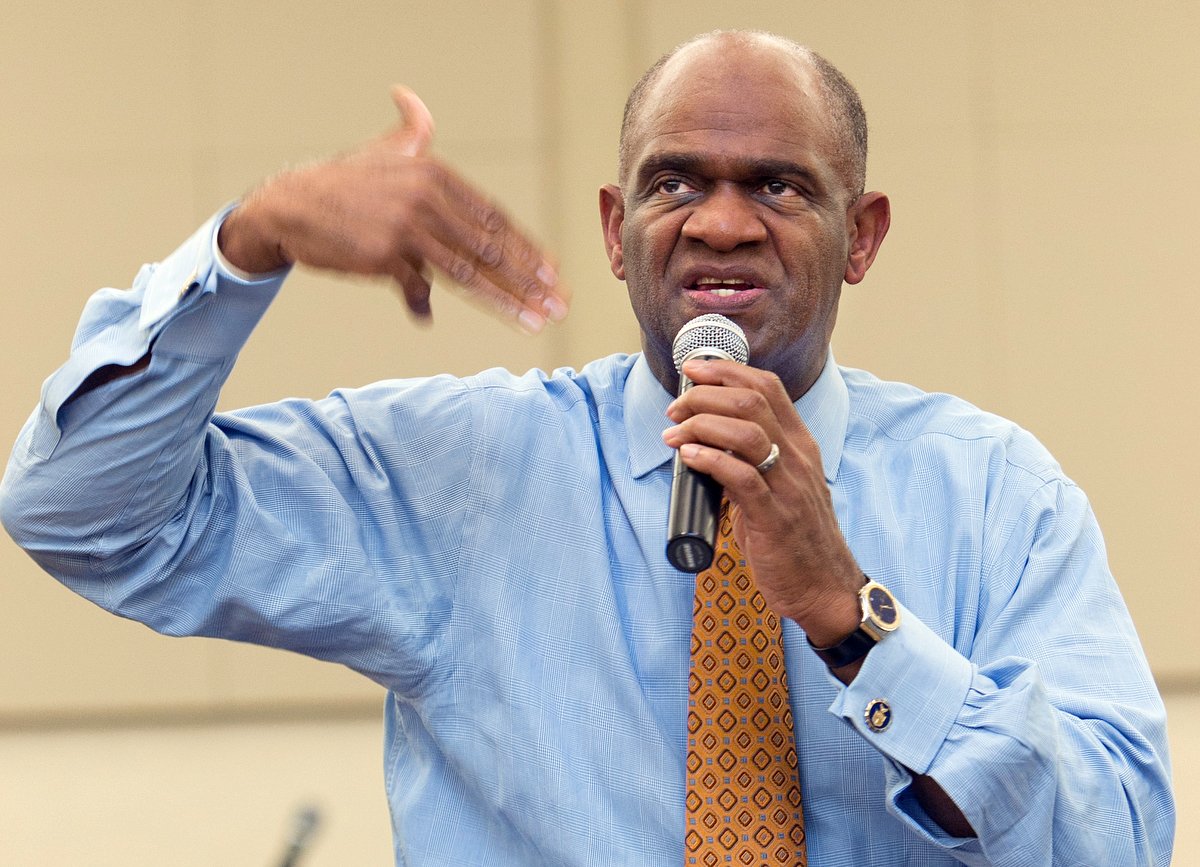 (RNS) — Kirbyjon Caldwell, the former United Methodist megachurch pastor and presidential adviser who was found guilty of being involved in a multimillion-dollar fraud scheme, has begun his six-year prison sentence.

Caldwell, who had been scheduled to arrive in prison on Tuesday (June 22), is listed on the Bureau of Prisons website as an inmate at the Federal Correctional Institution, Beaumont, a low security facility in Eastern Texas with more than 1,500 inmates.

Caldwell, 67, was sentenced in January but the judge deferred his report date by about five months. At the time of sentencing, the former pastor’s lawyer requested that Caldwell serve his time in home confinement because his client was at high risk for COVID-19 complications because of his hypertension and prostate cancer.

Caldwell was among key faith leaders Obama turned to for prayer and discussions about politics and religion. And Caldwell officiated the wedding of Jenna Bush and called her father “Brother President.”

Caldwell, who earned a master’s degree from the Wharton School of Business, was known for his affinity for both business and religion and had been called the “Minister of ‘Good Success.’”

But in 2018, he and Louisiana financial adviser Gregory Alan Smith were indicted by federal officials after selling $3.5 million in bonds. Those bonds, which have no value, were issued by the Republic of China before the Communist takeover in 1949, according to a statement from the U.S. Attorney’s Office in Louisiana.

“This defendant used his status as the pastor of a mega-church to help convince the many victim investors that they were making a legitimate investment but instead he took their hard-earned money from them and used it for his own personal gain,” said acting U.S. Attorney Van Hook in a Jan. 13 statement when Caldwell was sentenced.

On Wednesday, Caldwell was still listed on the Windsor Village United Methodist Church’s website as “lay preacher.” His wife, Pastor Suzette Caldwell, who is listed as associate pastor, was appointed to lead the 18,000-member congregation as its interim senior pastor after he surrendered his credentials.

As recently as the first weekend in June, Kirbyjon Caldwell preached a virtual sermon on the biblical story about Jesus feeding the multitudes with five loaves of bread and two fish — with examples of that food sitting on a table next to him.

“Get down on your knees, lift up your empty hands and say, God bless,” he preached, encouraging those who may have become full of themselves or “proud of your degrees.” “Bless this test to become a testimony. Bless these lemons to become lemonade. Bless this mess to become a message.”