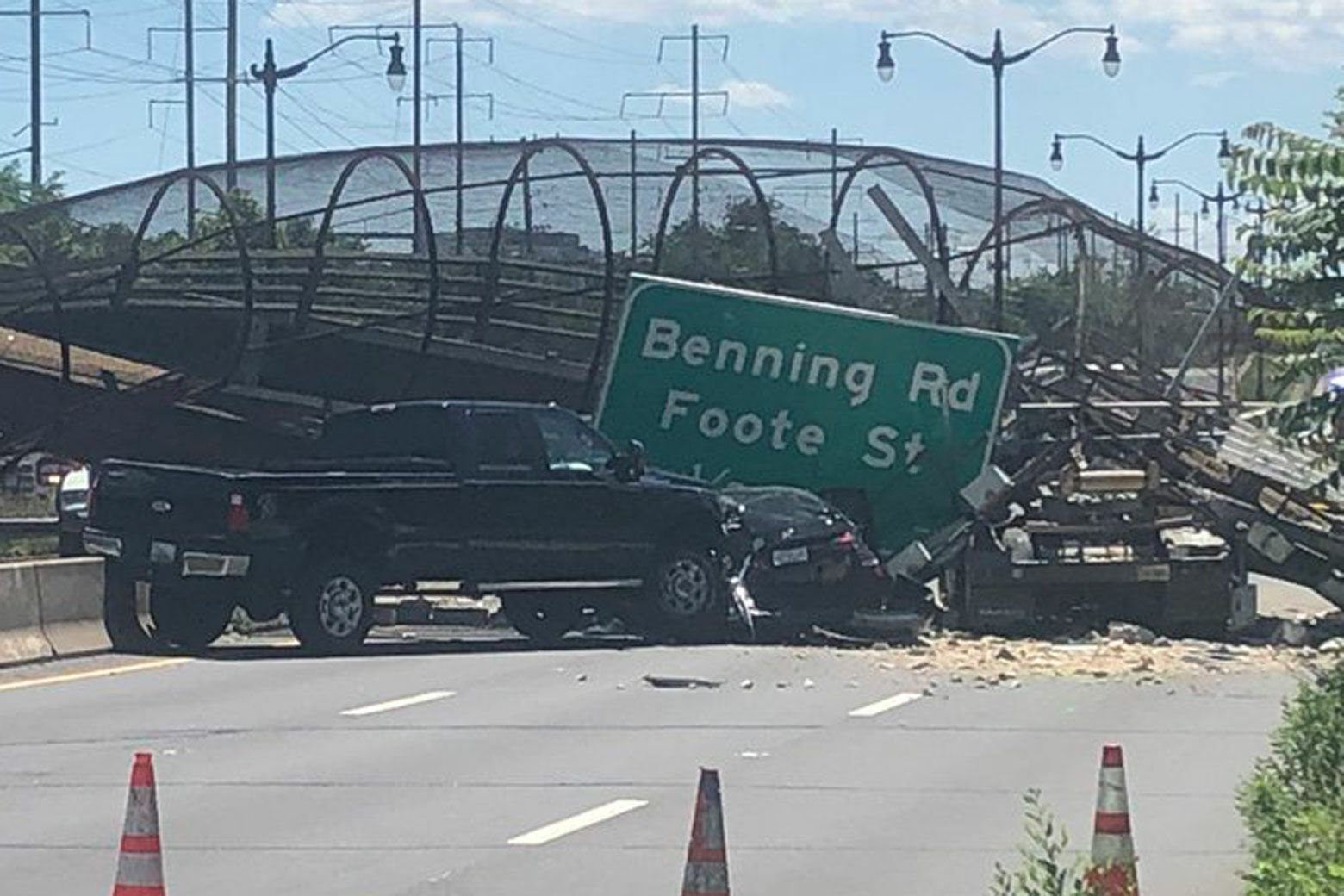 The shutdown of DC-295 caused by a bridge collapse Wednesday morning could last through Thursday, D.C.’s deputy mayor for public safety said.

At a media briefing Wednesday afternoon, Chris Geldart added that the bridge collapse on Kenilworth Avenue near Polk Street in Northeast was likely the result of a collision “which separated the bridge from its mooring.” While it’s early in the investigation, he said “it’s a possibility” that the truck may have been loaded up too high.

Geldart said multiple cars were involved in the crash behind the truck; in all, five people were taken to a hospital with non-life-threatening injuries.

“It could take through tomorrow” to completely haul the bridge away, Geldart said. It’s not known how long it will take to rebuild.