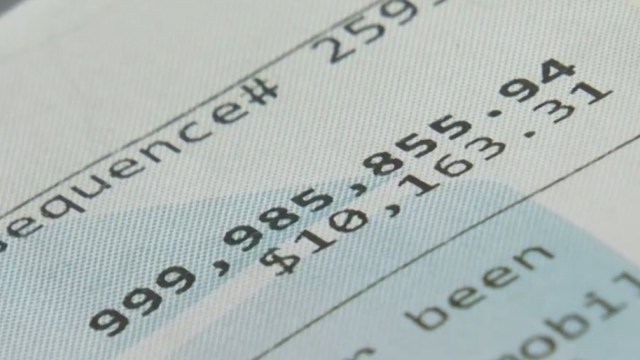 Julia Yonkowski became a billionaire over the weekend—thanks to a bank error. “I know most people would think they won the lottery but I was horrified,” she said. Yonkowski discovered the error after stopping by a Chase bank in Largo, Florida, to withdraw $20 from her account. She decided to check her balance—and noticed there was $999,985,855.94 in her account. “I know I’ve read stories about people that took the money or took out money, and then they had to repay it and I wouldn’t do that anyway because it’s not my money,” she said. Yonkowski said she’s tried several times to reach Chase Bank but hasn’t been able to get on the line with a real person. She hopes she’ll be able to clear everything up as soon as possible. “It kind of scares me because you know with cyber threats. You know I don’t know what to think,” she said.

Read it at WFLA>