Wow! Sister-girl Abby Phillip and CNN panel criticize Vice President Kamala Harris’ ‘cringeworthy’ and unprepared response to questions about when she would visit the border and warn her ‘allies’ in the White House are losing faith in her 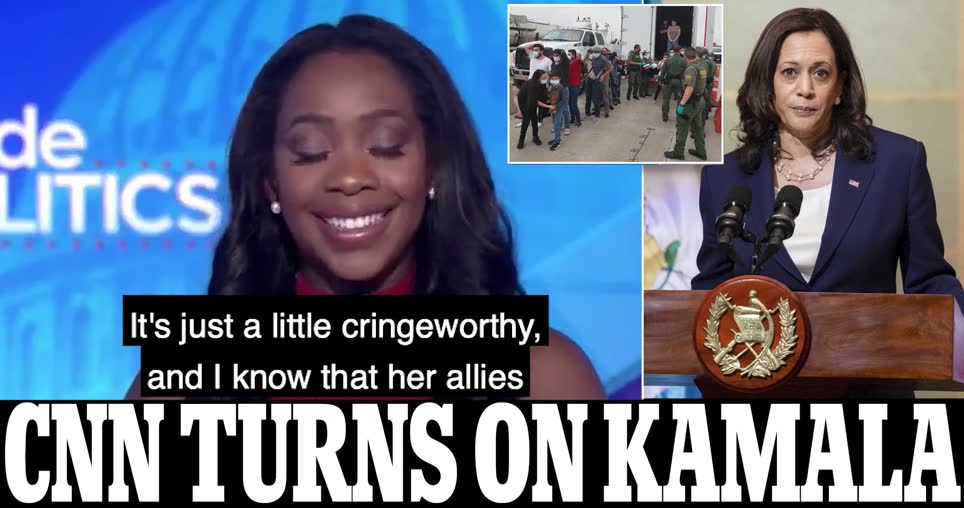 Kamala Harris’ unfortunate week came to a depressing end on Sunday, when her trip to Guatemala and Mexico – the first foreign visit as vice president – was classed as a deep disappointment by a CNN panel.

Harris, tasked by President Joe Biden with working to stem soaring migration levels, found herself mocked for being unable to answer the obvious question as to when she would visit the U.S.-Mexico border. To her visible irritation, she was asked multiple times when she would go and see for herself – and each time, she stumbled over an answer.

‘It’s just a little cringeworthy, and I know that her allies in the White House and elsewhere are watching it and just kind of wondering what is going on,’ said Abby Phillip, host of CNN’s Inside Politics Sunday show.

Panelist Laura Barron-Lopez, a CNN Political Analyst, agreed that it was a failure.

‘It didn’t go the way the White House wanted it to go,’ she said.

‘Again, immigration, as you mention, is a hot potato no one wants to touch, and Harris has been dealt it and so she has to handle now what Biden had to handle when he was VP which is relationships with the northern triangle.’

In particular, the panel were dismayed at Harris’ interview with Lester Holt of NBC.

He replied: ‘You haven’t been to the border.’

‘And I haven’t been to Europe,’ Harris snapped, then quickly laughed.

‘And I mean, I don’t understand the point that you’re making. I’m not discounting the importance of the border.’

Migrant numbers are on track this year to reach highs not seen since 2006.

Washington Post reporter Olivier Knox said it was baffling that she was not better prepared.

‘To be clear, she was going to be asked this question,’ he said.

‘And the fact that they didn’t have something better than ‘I haven’t been to Europe’ is fairly notable.’

Harris has faced strong criticism for her performance on Monday and Tuesday in Latin America.