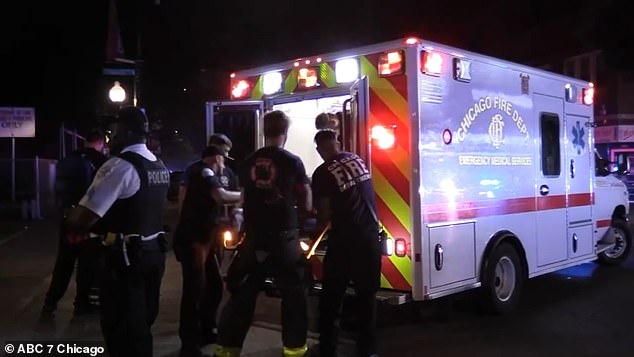 Top cops say they fear that the US could be hit by a horrific summer of mass shootings – with four states alone witnessing gun atrocities within the last 24 hours.

Savannah Police Chief Roy Minter Jr and Chuck Wexler, from the Police Executive Research Forum, said a recent explosion in the number of shootings appears to be a long term trend, rather than a blip.

Minter spoke after a man was killed and seven were injured in a mass drive-by shooting in the Georgia city on Friday night. The victim has since been named as Arthur Milton, 20. Seven others were injured.

Minter made the remarks as three men were also killed in a shooting at a gas station in Cleveland, Ohio, in the early hours of Saturday, with two of the victims aged 40, and the third aged 36. One of the victims was named as Rahim Head by his grief-stricken mom Brenda Cole.