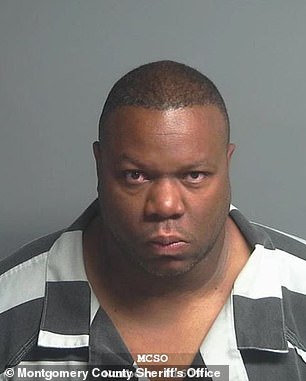 Texas authorities say they plan to question ex-NFL player Kevin Ware about the disappearance of his girlfriend after he was arrested for violating a bond-supervision court order on Friday.

US Marshals took Ware, 40, into custody at a shopping center parking lot after he failed to report for supervision for unrelated drug possession and firearm charges.

They are looking to question him about the disappearance of 29-year-old Taylor Pomaski, who was last seen at a house party with Ware on April 26, KPRC 2 reported.

Ware, who played for the Washington Reskins and San Francisco 49ers, has not been named as a person of interest in the disappearance, but police said they suspect foul play.

‘This certainly is in no way going to have a happy ending,’ Miller told ABC13.

Ware has a criminal record dating back to 2007, and was most recently arrested on April 19 after police found drugs and guns in his car. He has since been out on bond.

Eric Zulegar, a friend and former boyfriend of Pomaski’s, said he had been in communication with her in the weeks leading up to her disappearance.