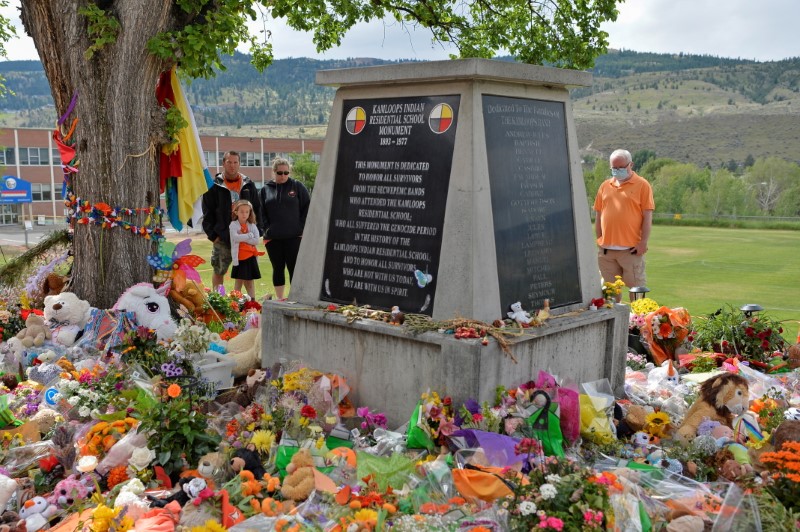 The provincial capital of Canada’s British Columbia has decided to cancel a virtual celebration of the national Canada Day holiday on July 1 after the discovery of unmarked graves of children at a now-defunct indigenous boarding school.

The city council of Victoria voted on Thursday instead to air programming led by the local indigenous nation at a later date. Local indigenous leaders who usually participate in Canada Day ceremonies declined after remains of 215 children were found at the former school in Kamloops, northern British Columbia. read more

“They’re grief-struck and reeling, as are many indigenous people across the country,” Lisa Helps, mayor of Victoria, told the Canadian Broadcasting Corporation on Thursday.

Victoria will “produce a broadcast to air later this summer guided by the Lekwungen people and featuring local artists, that explores what it means to be Canadian, in light of recent events,” she said.

The Songhees Nation, of which the Lekwungen people are members, did not immediately respond to a request for comment.