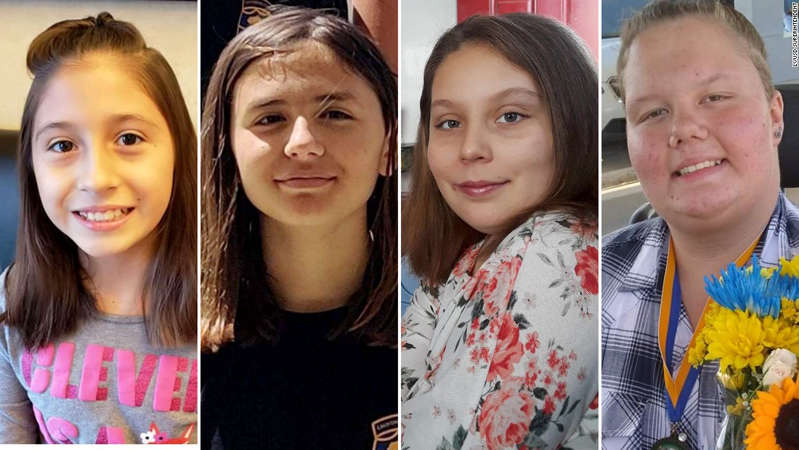 Authorities on Tuesday were looking for a hit-and-run driver who killed three young girls — two of them in wheelchairs — and left a fourth with life-threatening injuries as they walked along a Southern California desert highway.

Willow Sanchez, 11, Daytona Bronas, 12, and Sandra Mizer, 13, all of Lucerne Valley, were struck shortly before 10:30 p.m. Saturday as they walked on Camp Rock Road and were struck by a white Chevrolet Silverado that drifted onto the shoulder of the road and struck them from behind, the California Highway Patrol said.

The crash occurred on a stretch of road in the Mojave Desert community in San Bernardino County.

“My baby’s gone. I can’t have her no more,” Sandra’s grandmother, Tammy Midkiff, told KNBC-TV.

“Her leg was amputated in the accident, all her other limbs are shattered and her liver is bleeding, her kidneys are struggling,” her mother, Sherrie Orndorff, told the station.

“You got our of your vehicle, looked at those dead and dying girls on the ground, and you ran,” Orndoff said of the people in the truck.

Orndoff, who was Willow’s big sister, said the youngsters had been spending the night at her house and decided to go for a stroll.

The driver and passenger in the truck stopped after the collision and used a flashlight to see who they had hit before running off without calling 911, leaving the truck, witnesses told family members, according to KNBC-TV.