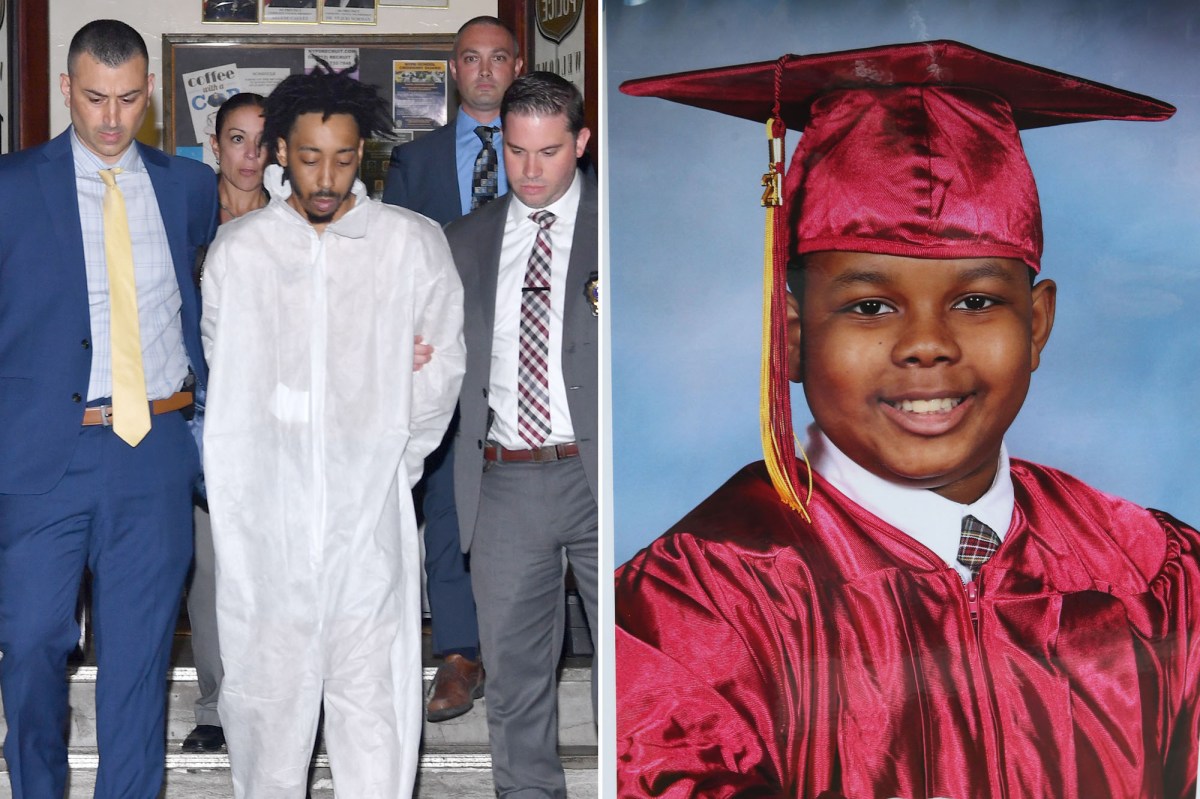 The 29-year-old Queens man accused of murdering a 10-year-old boy days before his birthday and trying to kill his uncle faced a judge for the first time Wednesday as a reeling city continues to call for action on guns amid the latest spate of violence.

Jovan Young was being held without bail after his arraignment in a case that stirred grief and outrage from City Hall to the victim’s family’s neighborhood of Edgemere.

“There isn’t a parent alive who doesn’t mourn this family’s loss,” Queens District Attorney Melinda Katz said in a statement.

Young also faces charges of assault and criminal possession of a weapon in the Saturday night shooting that claimed young Justin Wallace’s life and wounded his uncle inside a Beach Street home. The shooting prompted on all-out manhunt.

Cops say Young walked into a police stationhouse Tuesday night and confessed to the deadly shooting. Two law enforcement sources told News 4 that Young was questioned earlier in the investigation and claimed to have been in a rental car linked to the case but not involved in the shooting itself.

He also allegedly told police he would help find the shooter. After reviewing evidence including surveillance video at a car rental business, Young was confronted and later changed his story, the sources said.

One source said a gun had also been recovered, but it wasn’t clear if it was the same one used in the shooting. Police were still uncertain of a motive, and said Young was not a member of a gang. They added that he does have previous offenses, but none were considered “serious.”

If convicted, Young faces up to 25 years to life in prison. He is next scheduled to appear in court on June 14.

Attorney information for Young wasn’t immediately clear. The mother of his two young children told News 4 Wednesday she doesn’t believe he committed the crime. She says he has two stepchildren with her on top of their two biological kids and adores them all. She said he had never been involved in “anything like this.”

Young’s ex-girlfriend said it was a friend of his that pulled the trigger.