WATCH – Here we go: Group of women are driven out of a California hotel pool by crowd chanting ‘shame!’ after they rebuked a ‘lesbian couple for kissing in front of children 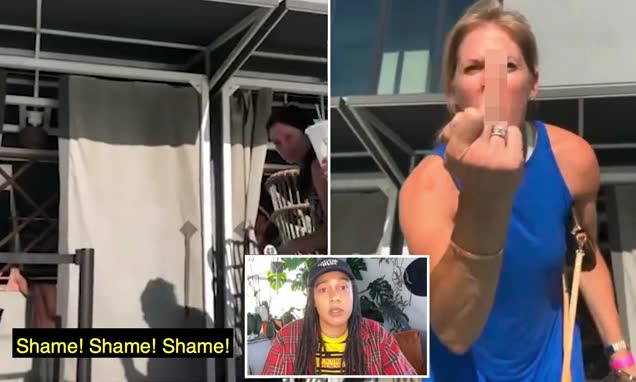 Guests at the Kimpton Sawyer Hotel in Sacramento, California, drove out a group of women who allegedly confronted a lesbian couple for kissing while children were present on Sunday. The incident was caught in a video that has gone viral on Twitter and Instagram and featured guests at the hotel chanting ‘shame’ as the group of white women leave the property. A few of the women are seen hurriedly leaving, but one confronted the bystanders and gave the middle finger to the camera before another delivered an expletive-ridden rant.