There’s a devil loose: ‘Bonnie and Clyde’ foster children, 14 and 12, who used AK-47 to fire at police after breaking into Florida home are pictured as bodycam footage shows girl shooter screaming in pain after being shot by officer 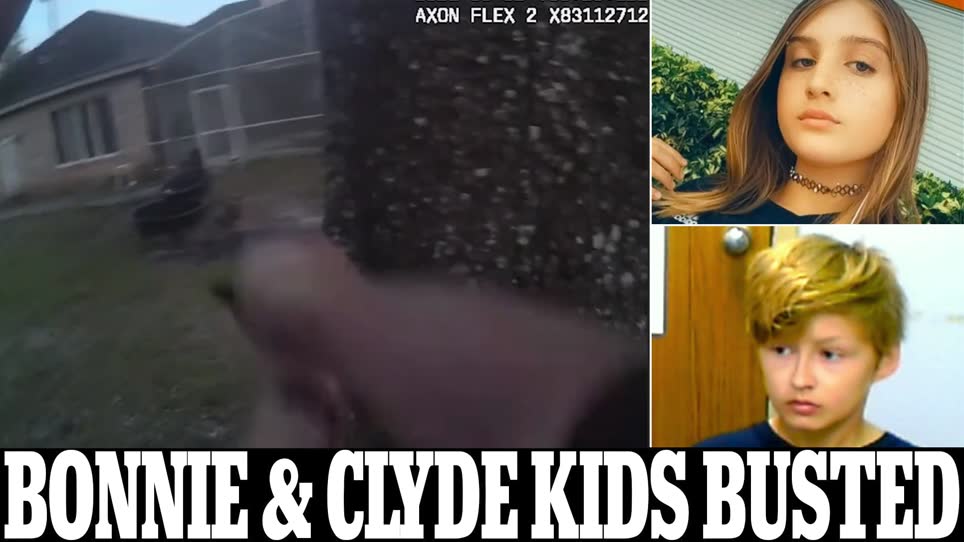 Nicole Jackson, 14, and Travis O’Brien, 12, are accused of breaking into a home in Volusia County, Florida on Tuesday night. They armed themselves with an AK-47 and rifle before repeatedly shooting at sheriff’s deputies as they tried to persuade them to surrender. Authorities have now released footage of the 30-minute standoff that only ended when the girl was shot and left fighting for her life. The bodycam and aerial footage shows the girl screaming out in pain just moments after exchanging gunfire with deputies. The footage also shows the boy surrendering just moments later. The two children had earlier run away from the Florida United Methodist Children’s Home where they were living. They are now facing felony charges of attempted first-degree murder of law enforcement officers and armed burglary.