Missing Tennessee teenager ‘held against her will by her father for two years’ is found ’emaciated’ during random traffic stop in Alabama and is refusing to cooperate, police say; Hunt is on for dad 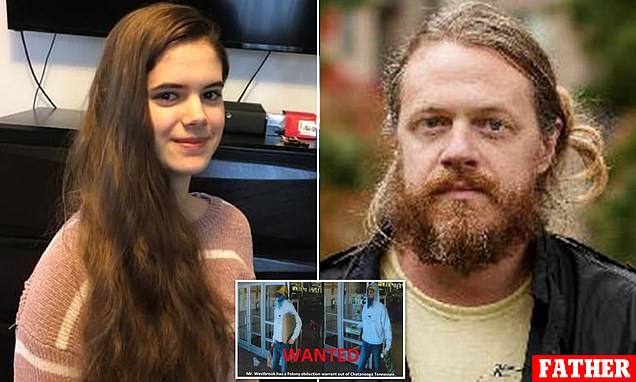 A Tennessee teenager who was abducted by her father has been found safe in Alabama almost two years after her kidnapping. An Amber Alert for Daphne Westbrook, 18, (left) was cancelled Friday morning after the teen was found in Samson, Alabama. She disappeared October 6, 2019, along with her dogs, Fern and Strawberry, from Chattanooga, failing to return home from a weekend visit with her dad, John Westbrook, 42 (right). Officials said she had been kept either drugged or somehow subdued ever since, according to FOX 13. In a statement released to WRCB-TV, the Hamilton County district attorney said John Westbrook remains at large. John is an IT expert specializing in security, blockchain technology, and Bitcoin, which may be part of how he’s been evading authorities for months.