Liberal media’s dramatic flip-flop! A year after left-wing news trashed theory that COVID originated from a Wuhan lab when Trump supported the suggestion – outlets now throw their support behind the idea 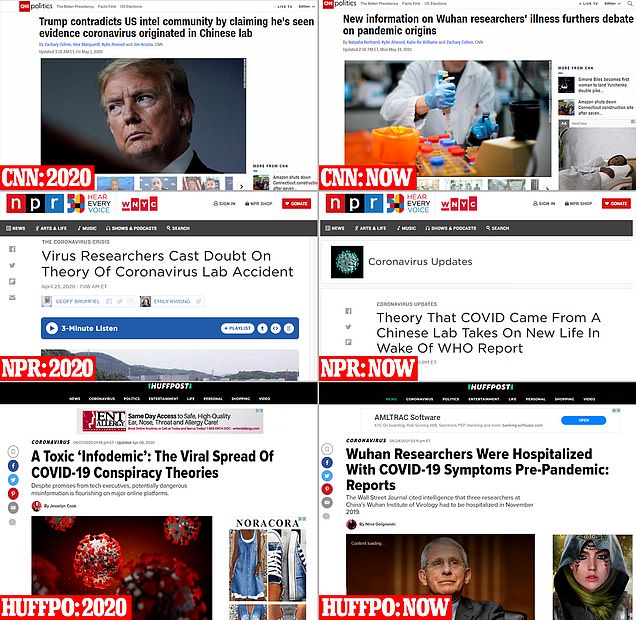 The liberal media have finally conceded that COVID-19 may have originated in a Wuhan laboratory – after a year spent ridiculing the suggestion.

The first fatality from COVID-19 was reported by Chinese state media on January 11, 2020, when a 61-year-old man who was a regular customer at a market in Wuhan died. The first confirmed case in the United States was 10 days later, when a man returned to Washington state from Wuhan.

Within a week, on January 26, 2020, the first article blaming the Wuhan Institute of Virology for the outbreak was published, in The Washington Times.

Yet most mainstream media disputed the claims, dismissing them outright or even decrying them as racist.

When Donald Trump, on May 1, 2020, said he had ‘a high degree of confidence’ that the virus escaped from a lab, the New York Times, CNN, and NPR were quick to mock his comments.