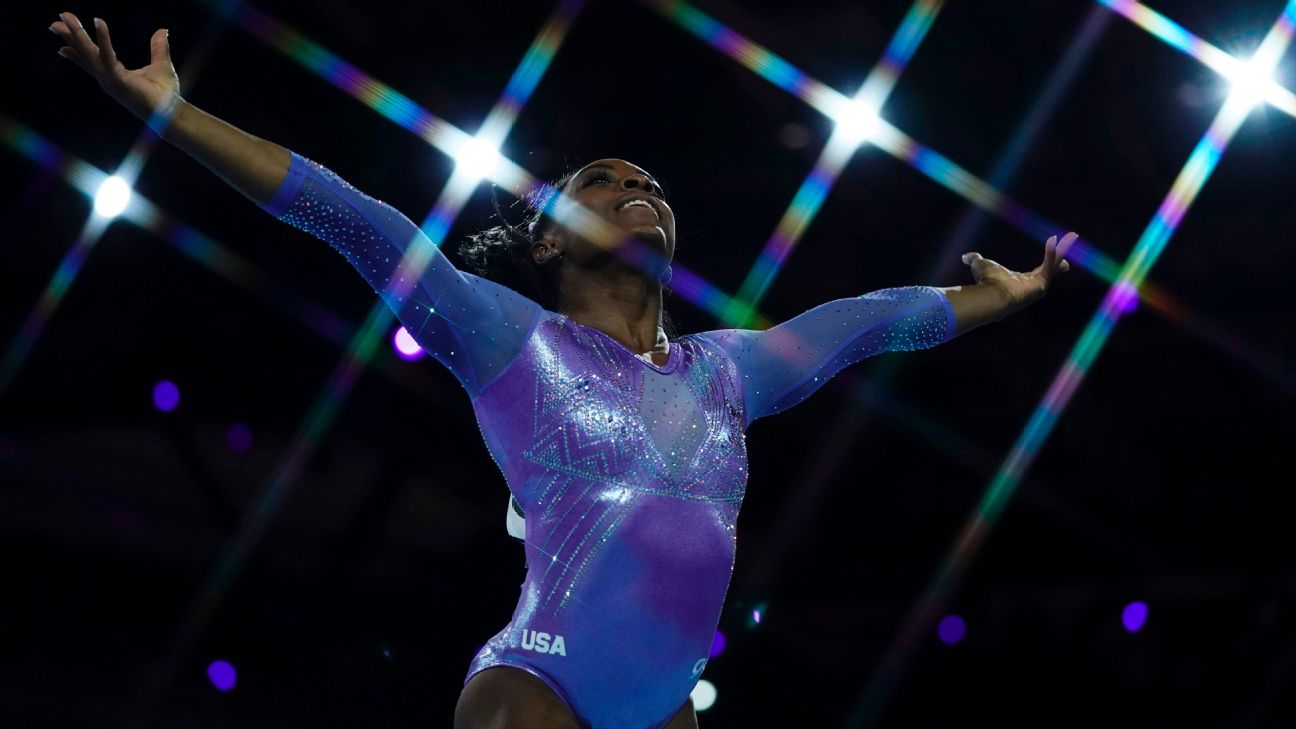 During podium training on Friday ahead of Saturday’s U.S. Classic, Simone Biles casually showed off her latest vault and WE PROMISE YOU ARE NOT READY FOR THIS. In case you haven’t guessed yet, here’s Biles showing off her Yurchenko double pike — a vault no woman has ever competed. Take a second to get mentally prepared, because your mind is about to be completely blown:

The height! The near stick! The swagger! Biles has been teasing this new skill for a while now, but to see it look THIS good and in training at an actual event … it’s almost unbelievable.

Thankfully, for the mortals among us, she did admit to giving herself a pep talk before attempting the most difficult vault any woman has ever done: “I was really nervous chalking up,” she said in the post-training news conference, “I was like, ‘It’s OK, I’ve done this so many times.’ I’ve been doing it for months now. So I felt prepared and I knew I was prepared, it was just the initial landing out there in the arena.”

Biles also gave some insight into how the vault came about. Even she didn’t believe she’d really compete it when she first started playing around with it. “We were just flipping to flip, to see what I could do … but never in a million years did I think that it would be feasible and to actually put it out on a competition floor,” Biles said.