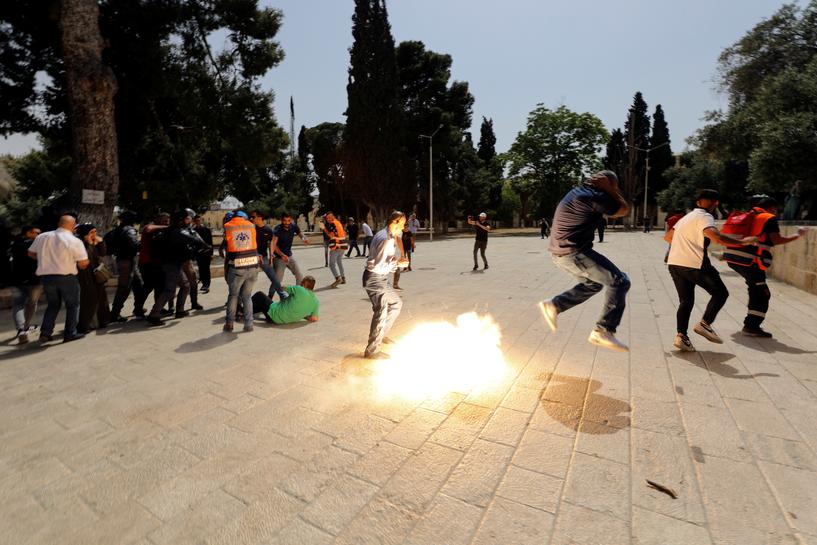 JERUSALEM, May 21 (Reuters) – Israeli police fired stun grenades towards Palestinians who threw rocks and Molotov cocktails at officers outside Jerusalem’s flashpoint Al-Aqsa Mosque on Friday, just hours after Israel and Hamas reached a ceasefire in Gaza.

Israeli police spokesman Micky Rosenfeld said stones were thrown at officers who were at one of the gates on standby.

“Units responded and entered the Temple Mount area. They are dealing with these disturbances in order to contain the situation,” he added.

A Reuters eyewitness said Palestinians threw stones and Molotov cocktails towards police near the Al-Aqsa Mosque complex, which sits atop the Old City plateau known to Muslims worldwide as al-Haram al-Sharif, or The Noble Sanctuary, and to Jews as Temple Mount. Police also hurled stun grenades at a group of Palestinians marching through the grounds.

The site is one of the most sensitive sites in the Middle East conflict and a buildup of clashes there earlier in May touched off the Israel-Hamas conflict when the militant group began firing rockets from Gaza in response and Israel countered with air strikes.