WATCH: 11-year-old Florida girl who fought off knife-wielding attacker is a ‘Law & Order’ fan who intentionally covered him in blue slime so police officers could find him 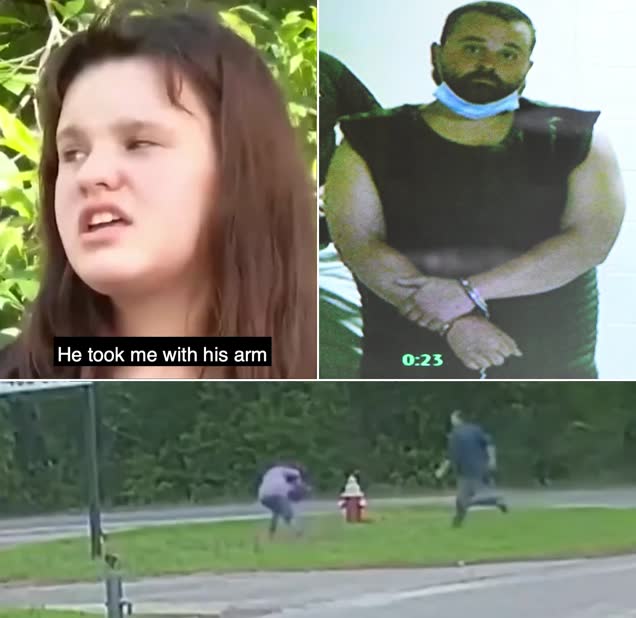 Alyssa Bonal, 11, was playing with the blue slime while waiting for her school bus in Pensacola, Florida on Tuesday morning. She spotted a man, who was later identified as 30-year-old Jared Paul Stanga, running towards her with a knife. Surveillance video of the terrifying ordeal showed Alyssa fighting off her attacker after he jumped out of a white vehicle and put her in a headlock. Alyssa and her mother Amber Bonal have since revealed she intentionally tried to cover him in the slime after watching episodes of Law & Order: SVU. When police eventually tracked him down after a day-long manhunt, Stanga’s arms were covered in blue dye from the slime Alyssa was playing with.