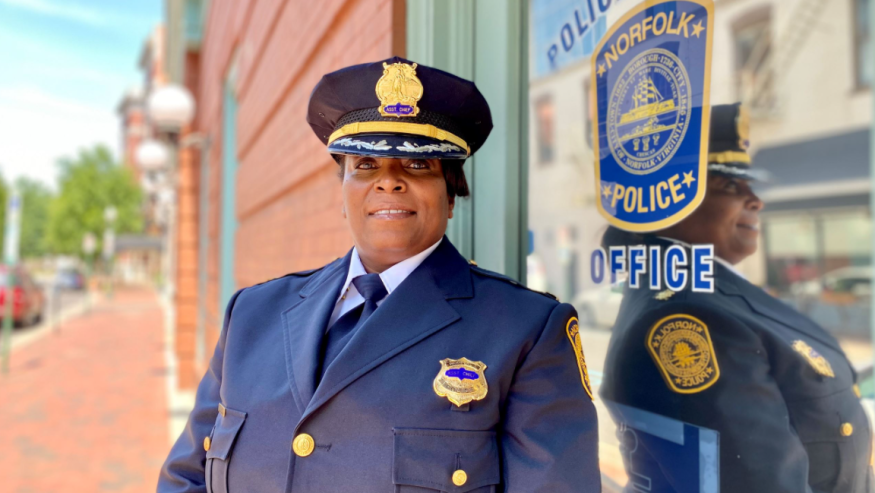 Norfolk Police announced on Thursday afternoon that they have appointed a new Assistant Chief of Police.

Michele Naughton-Epps makes history as the Department’s highest-ranking African American female. She has been with the Department since 2002 following her graduation from the police academy.

“Having overcame so many personal and professional challenges throughout her career, Assistant Chief Naughton-Epps is a true example of what is possible with perseverance and hard-work,” said Chief Larry D. Boone. “And especially now as the law-enforcement profession is undergoing a period of reform, I know that Assistant Chief Naughton-Epps will not only be able to pull from her experiences to help move the department forward but will leave a lasting legacy for all those who come after her.”

Naughton-Epps relocated to Virginia from New York in 2000 as a single mother looking for a new adventure. She worked in retail before following her mother’s advice and applying to be a police officer.