Something’s not right people: Girlfriend of Cash Gernon’s father breaks down as she describes how abductor Darriynn Brown, 18, ‘broke in through the garage to snatch toddler as he slept next to his brother’ – there’s a devil loose 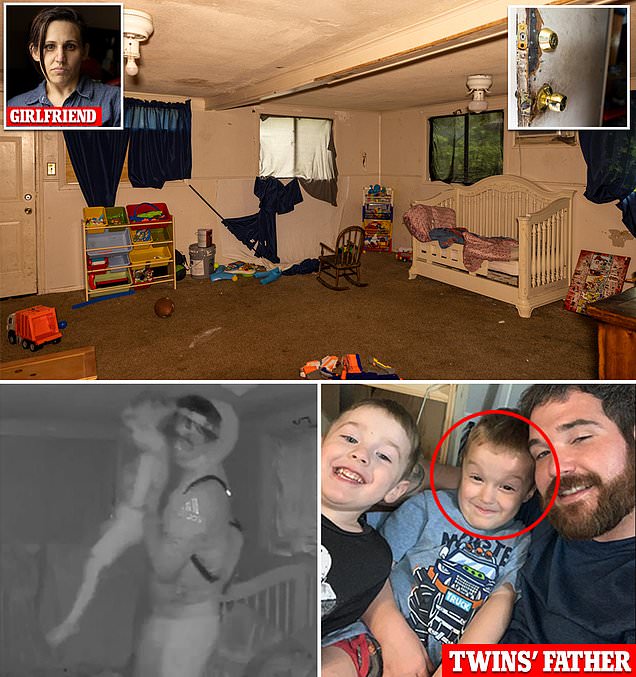 The Texas mother who had been looking after four-year-old Cash Gernon and his twin brother has recalled the harrowing moment she realized the toddler was missing after he was snatched from his bed early Saturday morning.

Monica Sherrod, 35, broke down in tears on Tuesday as she entered the boys’ bedroom for the first time since Cash was allegedly abducted by Darriynn Brown, 18, and found dead hours later in a Dallas street.

‘I haven’t touched a thing,’ the mother-of-four said in an emotional interview with DailyMail.com.

‘It’s exactly the same as when Cash was last in here. I haven’t been able to do this until now. It’s breaking my heart, but I know I have to confront this.’

Sherrod invited Dailymail.com inside the twins’ bedroom where their toys were still scattered across the floor and the small white toddler bed they shared remained unmade since they last slept together.

She looked around tearfully and was silent for a moment before saying: ‘I just couldn’t face this before, the pain is so deep.’

Sherrod revealed Cash and Carter were the sons of her ex-boyfriend, Trevor Gernon, 31, who moved into her house on the 7500 block of Florina Parkway, in February.