Here we go: Florida mother reveals she is teaching her 4-year-old son to use gender-neutral words and urges him to wear DRESSES to school in a bid to ‘break stereotypes’ – despite admitting he is bullied over his long hair and clothing 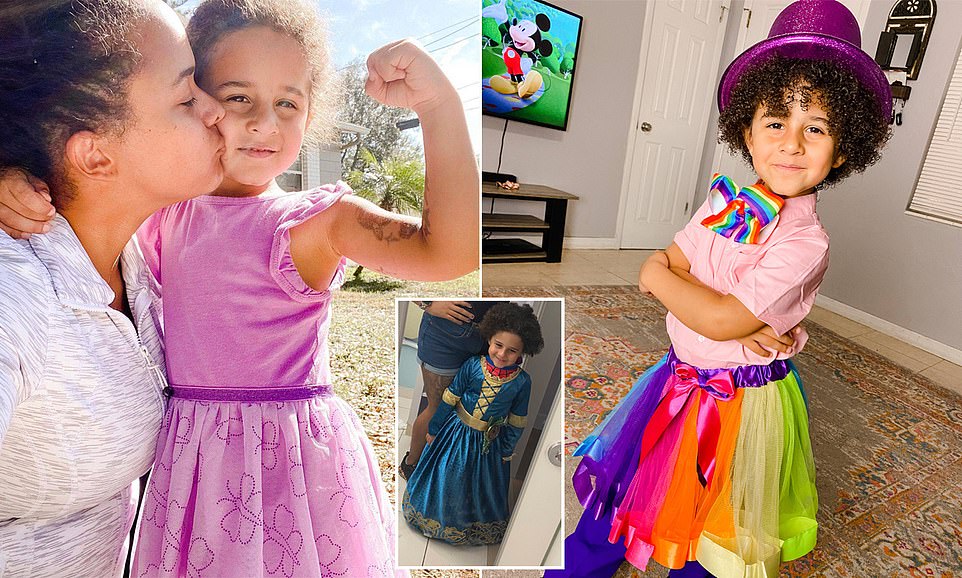 A mother has revealed that she is raising her 4-year-old son to use gender-neutral pronouns and encouraging him to wear dresses to school in a bid to teach him about inclusivity – despite admitting that he gets picked on by his peers because of his clothing and long hair.

Educational worker Lorenza Bruno, 30, from Florida, gave birth to her son LJ, now four, in 2016 with her partner Louis, 29. Lorenza’s number one goal as a mum was to raise a good human who would be open, loving, and accepting of everyone. From a young age, she encouraged LJ to express himself freely whilst ensuring she would raise a son who was kind and gentle, as well as someone who could recognize their role to create a safe and equal society for women, all cultures, and himself.

As Lorenza believed it was important to break gender stereotypes, she would read books to LJ that showcased different families, encouraged embracing feelings and featured both male and female characters, who were able to be who they wanted to be.

She also spoke to him using inclusive language such as ‘firefighter’ instead of ‘fireman’ as a way to educate his mind on the diverse world around him.

Lorenza always knew that LJ’s interests were broad, but he first asked to wear a dress after watching the Disney film ‘Frozen.’ Despite always being a big personality with a love for all things, this is when the conversation started around gender stereotypes and clothing. LJ wanted a dress just like the character Elsa’s and as they saw the dress regularly at Target, Lorenza added it to their shopping list for the future. But she says she couldn’t wait until her son’s birthday or Christmas, so she decided to buy the dress and was ecstatic when LJ twirled around in amazement and went on to wear the dress daily (pictured).