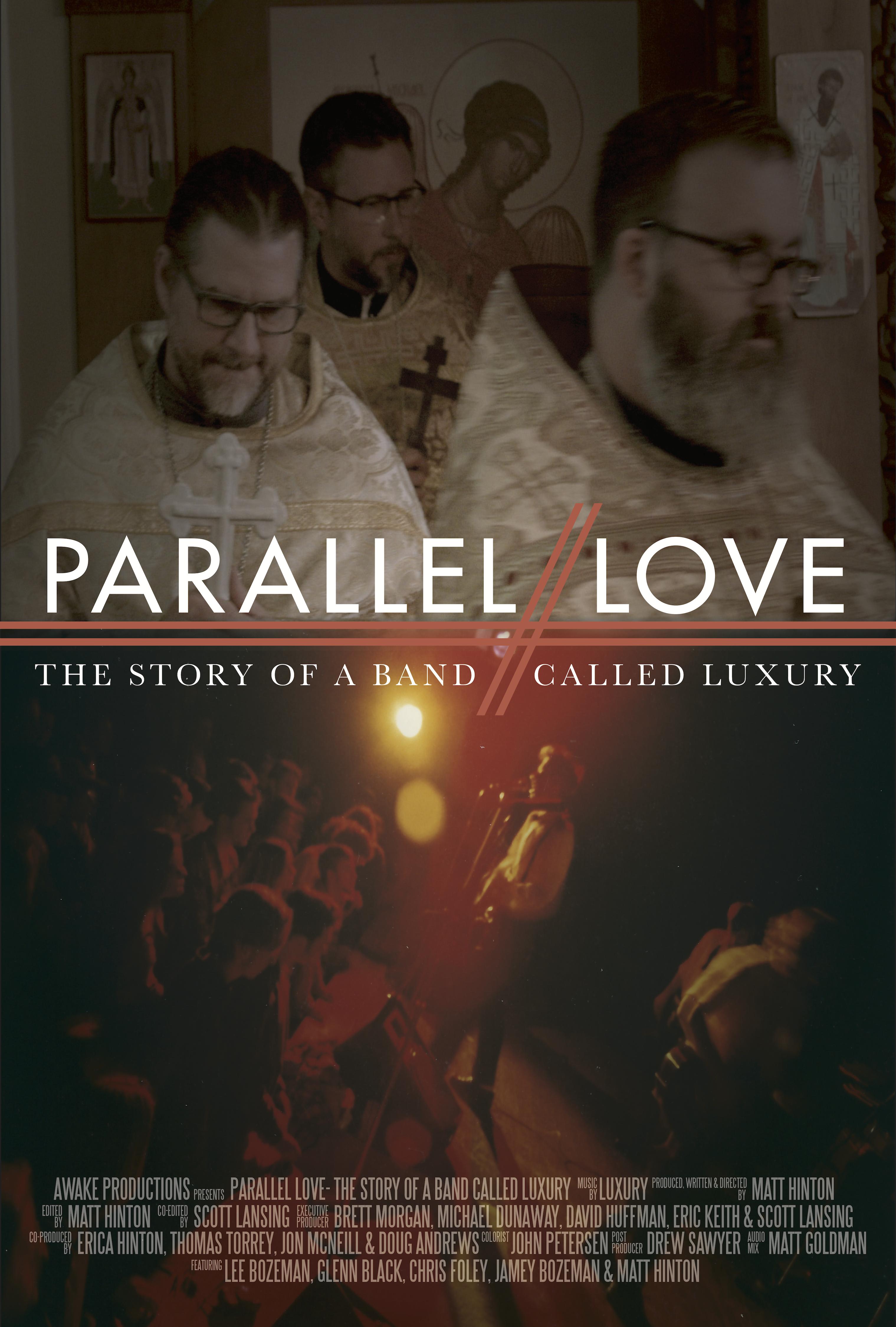 The evangelical indie rock scene of the 1990s can be difficult to explain. A rebellious, unhinged underground movement that emerged from megachurch basements and religious colleges? A generation of musicians who broke ties with conservative Christianity but maintained a fan base built through youth groups and Young Life? You kind of had to be there.

Perhaps no band typifies the many paradoxes of this scene and its fallout than Luxury, formed in small-town Georgia in the early 1990s and still together today. The band itself is also hard to describe: maybe Morrissey fronting Fugazi, with sad Radiohead piano, English-major allusions—oh and by the way, three out of five members of the band are Eastern Orthodox priests. (This is called burying the lede.)

And so Parallel Love, a documentary film by Matt Hinton, cannot help but be as strange and wonderful as the band it portrays and the music scene they stumbled into and (mostly) out of. Hinton’s first documentary, Awake, My Soul: The Story of the Sacred Harp, also touched on uniquely American religious music. His feature on Luxury, originally released for a short theatrical run in 2019, is available on Amazon, iTunes, and other streaming platforms on May 18.

If you’ve already heard Luxury, you may need no convincing that this band is interesting and worth nearly an hour and a half of screen time. For my money, they are quite simply one of the best, most compelling rock bands of all time. Instrumentally, they toe the line between precision and chaos, presenting a snarling, tangled mess of guitar riffs and feral drums anchored by fat punk basslines, overlaid by an ethereal crooning vocal. It’s gorgeous.

What is more fascinating about Luxury, though, is that they manage to almost by definition be the world’s most Christian band (lead singer Lee Bozeman once claimed Luxury was “the only Christian band”) while not sounding anything like what most people would think of as a Christian band. No songs about Jesus; no positive, “family-friendly” lyrics; no altar calls—in fact, it’s quite the opposite: Luxury’s songs are frequently about sex, sadness, and regret.

Yet the music is made by people who grew up in the evangelical milieu—Lee Bozeman and his brother, guitarist James Bozeman, were pastor’s kids—and, clearly, continue to treat their Christian faith with utter sincerity. The band’s non-priest members remain active in their respective denominations as well.

The two scenes that form the backdrop of the film’s title card set the tone: On the left side, the band’s guitarist, vocalist, and bassist, solemn and dramatically bearded, are draped in gold-trimmed robes, carrying giant crosses past a huge icon. On the right, the same men are prancing about at a sweaty, sensual rock show, aggressively attacking guitars and throwing down microphone stands.

The movie, which uses talking-head interviews with the band, critics, and others in the music business as well as archival footage, is more or less historical, chronicling the band’s journey from their roots at Toccoa Falls, a Christian and Missionary Alliance college in Georgia, to their signing with Tooth & Nail Records, the powerhouse independent record label that fueled the ’90s Christian indie rock explosion, to a horrific touring accident that hospitalized the band, to their eventual comeback and journey toward Orthodoxy and the priesthood.

The first part of the film is preoccupied with the question “Why didn’t Luxury ‘make it’?” The answer is most likely that they didn’t quite realize what they were getting into when they signed with Tooth & Nail and joined the church-basement touring circuit.