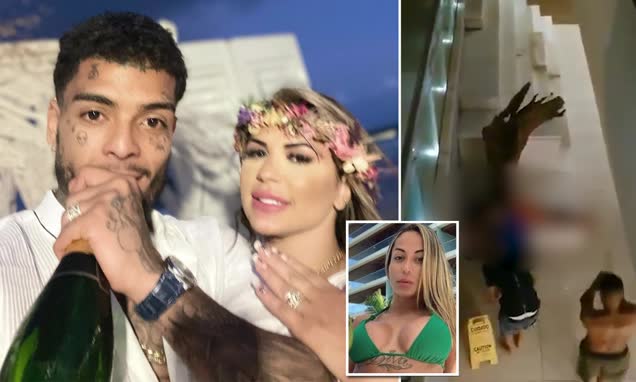 A Brazilian model and a singer told police detectives that they and singer MC Kevin had sex before the artist fell to his death from a hotel balcony in Rio de Janeiro. According to Extra Globo, Bianca Domingues, 26, said she met MC Kevin, 23, and his singer friend Victor Fontenelle outside the Brisa Barra Hotel and was invited to the popular singer’s suite Sunday evening. Domingues and Fontenelle told authorities that MC Kevin, whose real name is Kevin Nascimento Bueno, was afraid that his wife, criminal lawyer Deolane Bezerra, 33, would show up at the hotel room and catch him cheating on her. Moments later MC Kevin and Domingues stepped out to the balcony of room 502 after an individual later identified as his friend came knocking.