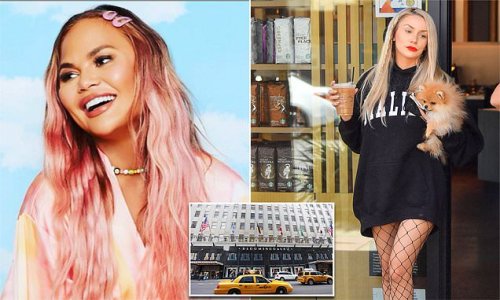 Bloomingdale’s has become the latest brand to drop Chrissy Teigen (left) over her 2011 Twitter message to Courtney Stodden (right) telling her to kill herself. Teigen was due to sign a contract to host a promotional event at the department store but it was torn up at the last minute. An insider told Page Six on Tuesday: ‘They pretty much had it together but they had to cancel it’. It comes as little surprise given Bloomingdale’s is owned by the same parent company as Macy’s, which pulled Teigen’s cookware line earlier this week. Teigen, 35, has come under fire over the past several days after tweets in which she told a then 16-year-old Stodden, now 26, to take their own life, resurfaced.